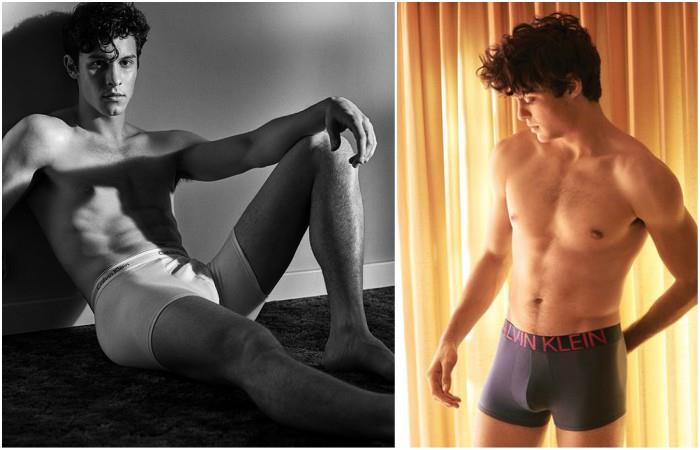 Shawn Mendes and Noah Centineo return to be the cover of many news, this time the Canadian singer and the American actor stirred social networks with sensual images. Celebrities joined the new campaign of the prestigious Calvin Klein brand called:  I speak my truth in #MyCalvins.

The sensual photographs of these celebrities have already gone around the world, because once they were published immediately the photos went viral, who was going to say that thanks to Calvin Klein we would see two of our Platonic loves in their maximum splendor.

However, who caused the most stir was Shawn Mendes since she undressed more than many girls expected. We were surprised! Shawn Mendes shared his photographs in his official Instagram account, in the first photograph we can see him reclining on an armchair, the singer comes out wearing only a white boxer of the same brand, in the next photo, we can see Shawn standing and Holding his shirt in a sexy way, in the last photo the Canadian wears jeans without buttoning and showing the part of his underwear and a denim jacket.

This series of photographs has exceeded 6 million “I love” and has thousands of comments that Shawn Mendes is one of the guys that is causing a sensation , but that did not stop there, since, in the promotional video of the Calvin campaign Klein, we can see Shawn in several scenes and the best thing (for us) is that we can see the singer without clothes.

On the other hand, you may wonder what the new Calvin Klein brand campaign is about, this time the firm launched its campaign called  I speak my truth in #MyCalvins  that works on the concept of “in gumbos everything sounds nicer and more credible. ” for this the brand called the most influential people of the moment such as Billie Eilish, Kendall Jenner, Noah Centineo, Indya Moore, and others.

The initiative that this campaign has is that the characters you have in your collaboration tell us their most vital stories and invite other people to join and do the same.

15 Celebs Who Have Had Plastic Surgery and now look beautiful