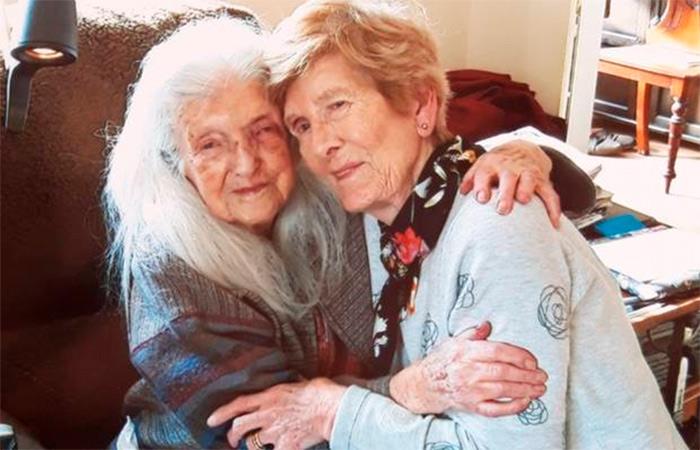 An 81-year-old Irish woman has reunited with her mother, 103, six decades after starting a search to discover her origins.

Eileen Macken contacted an RTE radio program in 2018 to give a boost to an investigation she started when she was 19 years old, shortly after leaving the Dublin orphanage where she was raised with an order of nuns.

In declarations to the public chain, Macken has confirmed that, with the help of experts in genealogy, she managed to locate last month her biological mother, Elisabeth, in Scotland, in a locality that has not been revealed.

There she moved with her husband, daughter, and son-in-law and found, she said, “that she is the most beautiful woman”: “Just being able to touch her has meant a lot to me”.

Although her family objected to this trip due to her advanced age, Eileen Macken said she was determined to “take the bull by the horns” and to appear at her mother’s house.

And so she did. She arrived at Elisabeth’s house, rang the bell and opened the door to a man who happened to be her stepbrother.

“I told him that she came from Ireland and that she had located my mother here and asked if I could come in and see her.” He answered yes, “ Macken said.

She found Elisabeth reading the newspaper and repeated that she came from Ireland, to which the centennial woman replied that she “was also born in Ireland,” recalled Eileen, who celebrated that, during her three-day visit to Scotland, both had “great conversations.” “

“I was delighted and kept grabbing my hand,” said Macken, who confesses to still be “in a cloud” after meeting her mother, who will turn 104 this weekend.