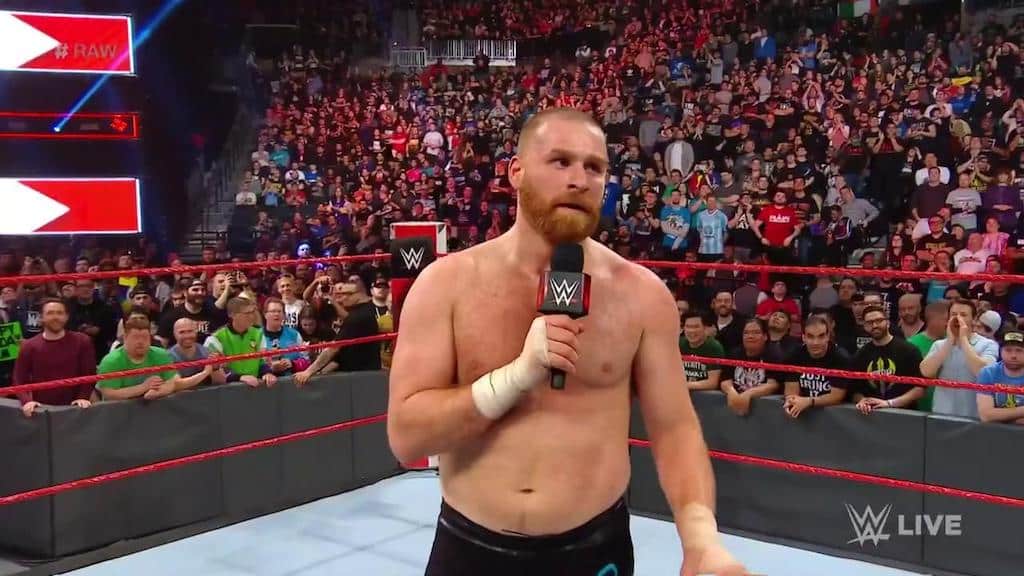 Kevin Owens made his comeback on Monday to RAW, Sami Zayn is back to SmackDown this Monday night after WrestleMania 35.

The Canadian wrestler has indeed made his comeback in the episode of Monday Night RAW the day after WrestleMania 35 and did not waste his time: just in the ring, he is already asking for a match.

After a short wait, it was the Intercontinental champion who recovered his title from the hands of Finn Bálor the day before who landed and is already putting his title against Sami Zayn. A match that he did not win, Finn Balor returned victorious by wearing the Coup de Grâce to his opponent after about ten minutes.

Sami Zayn then took the microphone to make believe at first that everyone had missed him but obviously it’s Sami Zayn and at the moment he becomes the heel that we know, who does not like the audience and fans who criticize everything and all the time, and who better to look in the face before making an appointment in hell to everyone.

Re-welcome to you too, Sami Zayn.