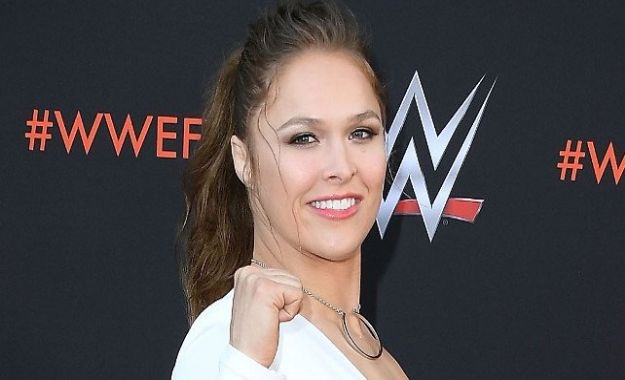 Ronda Rousey leaves the door open for a real WWE retreat. The former RAW champion posted the video below on her YouTube channel in which she talks about her future in WWE after WrestleMania.

As we have already told you, Rousey was injured during the WrestleMania main event, where she lost the RAW Women’s Championship against Becky Lynch in a triple threat bout that also involved Charlotte Flair. Rousey said he recently had surgery on his right little finger. She said she had two pins inserted in her hand and that she will use a cast for four weeks. After that, she will go on vacation with her husband Travis Browne all over the world. She said they’ll have fun until she gets pregnant.

Rousey does not advertise for any WWE program in the future, although he has a multi-year contract with the company. Rousey revealed that originally he had only planned to stay with WWE until last November and then he would leave to start a family. She said the plans changed after it became a possibility that WrestleMania was headed by a female fighter.

“ORIGINALLY IN OUR FIRST CONVERSATIONS, I THOUGHT THAT I COULD ONLY FIGHT FROM WRESTLEMANIA UNTIL NOVEMBER BECAUSE I ALREADY WANTED TO START A FAMILY”

” I came to the WWE saying: Hey before I have a baby, I just want to do this for a couple of months because it’s something I always wanted to do . then it was like a snowball. Instead of being a small detour in my life, it became my whole life for a whole year and I fell completely in love with it. “

“As time passed, I loved it and ended up getting the title. When it became a real possibility that women could be the main event of WrestleMania if I stayed, I decided to stay. We decided that after WrestleMania, we would leave and start trying to form our family. “

Ronda Rousey leaves his future with WWE open. She said she is not sure if she will return or not once she has a child because she has no idea how she will feel at that moment.

“AS FOR WWE’S PLANS IN THE FUTURE, WE WANT TO HAVE A BABY FIRST”

“I do not know what it is to have a baby. I could look down at this beautiful girl and say: not at all, I do not care about anything more than this baby and you will not see me again. Or she could be like my mother, she was training until she was eight months pregnant and then she won the US Open six weeks after giving birth, which was incredible. I do not think I will try and aspire to your level. But I’m just saying, you never know “

“I do not want to make promises about the future when I do not know how I will feel in the future. So, thank you all for your support, I had the best time of this year! I am also looking for a bit of rest and a bit of mom and dad “

Photos – Loana: she poses in sexy little top on Instagram, her fans are under the spell