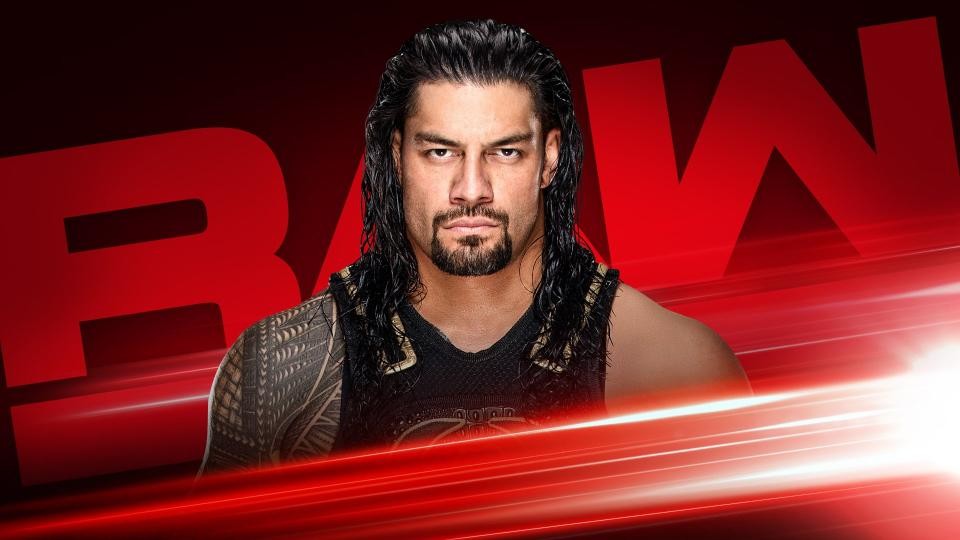 Vince McMahon is the first person to introduce himself. He welcomes the audience and assures that tonight’s show will be one for the memory since it counts on his presence. He is interrupted by  Roman Reigns, who also climbs into the ring. Vince tells him that if he plans to give him another  Superman Punch, he will have the entire state police come looking for him. On the other hand, it reminds him that he has been transferred to SmackDown, so he does not have to be here. Roman first warns him not to raise the tone, and second, that he has been in RAW for about four years, and that he has always had the thought of leaving the place in a better way than as he found it. He assures that now he does not accept decisions of the McMahon, if not of the Universe of WWE. Daniel Bryan, He also goes to the ring and says that since the aberration that happened at WrestleMania, he has had a lot of time to think, meditate, and believe that maybe he could appear in RAW to have a conversation with Mr. McMahon. Kofi Kingston goes out to the ring and tells him that if Daniel had a problem, he could go talk directly to him since at WrestleMania he won justly. Vince says that since we have three people from SmackDown, I could choose three people from RAW to do a kind of “Wild Card”, where there could be people who can travel by both brands. Daniel says he has come to RAW for none of this, if not that he simply wants to talk to Vince McMahon to get a rematch for the WWE Championship. Drew McIntyre, he interrupts them and calls Roman an egomaniac, and he comes to split his face with a  Claymore. Vince decides to agree on two rematches of WrestleMania: Roman Reigns vs. Drew McIntyre, and Kofi Kingston vs. Daniel Bryan, putting the WWE Championship into play. Vince proclaims himself a genius and leaves satisfied with his work. However,  AJ Styles also wants to have a voice in this matter. He asks what he has in mind, and says that he can not understand how, once he finally arrived at RAW, he is given to start up this idea of ​​SmackDown Live stars circling around, and that after that finally he manages to have a Championship opportunity against  Seth Rollins, it occurs to him to have Roman Reigns to help his friend. Seth leaves to question the actions of AJ last week, and AJ says that he will not remain tame before the provocations and that in Money in The Bank will return to him to give another  Phenomenal Forearm to take the victory. Vince decides to negotiate a match in pairs. AJ and Seth vs. Bobby Lashley and Baron Corbin.

Baron Corbin and Bobby Lashley vs. AJ Styles and Seth Rollins
Baron starts attacking Seth’s arms, which is released with a  dropkick. Both make the tag and AJ dispatches clotheslines to both rivals. When returning from commercials, Bobby tramples Seth and applies a  facebuster. Lashley makes the tag and Baron rammed Rollins against the barricade at ringside. Then he returns it to the canvas where he applies a padlock to his shoulder. Seth tries to free himself with a  jawbreaker but Corbin pulls out a  running lariat. Then he takes it to the third string, but Seth reverses with a  suplex. Both make the tag and Bobby throws Styles to ringside with a Spear. When he takes it to the canvas, he applies a bodydrop. Tag to Corbin, who brakes the Phenomenal Forearm attempt with an uppercut. AJ manages to connect a combination of punches and makes the tag to Seth, who takes out a  flying clothesline and then a  suicide dive to both rivals. AJ flies to apply a  Phenomenal Forearm, but Corbin runs and gives Seth his right. Frustrated, Styles retires from combat, and Rollins receives the  End of Days.
Winners: Bobby Lashley and Baron Corbin via pinfall.

Sami Zayn is next in the ring and comments on Mr. McMahon’s decisions. He says that the difference between him and the public is that they stagnate in their mediocrity, while he prefers to be a better person every day. He is interrupted by Braun Strowman, and Zayn begins to flee from the stage. Braun chases him, and they both run to the backstage. Finally, Braun manages to corral it and sends it to the garbage container. Then take the container to the street to be picked up by the cleaning services.

Dana Brooke,  Naomi and  Natalya receive invitation cards from  Lacey Evans, for her coronation in Money in The Bank.

Ricochet vs. Robert Roode
Roode starts with several hits and trampling, and Ricochet tries to respond with dropkicks, but Roode takes a  powerbomb to ringside, and then catches him with the canvas and kicks his head. Ricochet responds with a  Hurricanrana. Both exchanges kick to the tibias. Ricochet goes to the ropes to gain speed but Roode is waiting for him with a  spinebuster. Climb to the third string, but Ricochet manages to recover, throw it to the canvas and apply the  450 Splash.
Winner: Ricochet via pinfall.

Rey Mysterio and his son Dominic are strolling behind the scenes, where they greet  Heath Slater. Samoa Joe lurks in the distance. He approaches Dominic, and tells him if he thinks his father can beat him, he has no idea of ​​anything, and he will not hesitate to destroy him in the same way he will with Mysterio.

Lacey Evans goes out to the ring to face a local fighter. Dana Brooke, Naomi, Alexa Bliss and Natalya watch from ringside. The fight does not last long. The local fighter tries a  headlock but Lacey hits her with a  Women’s Right. She thanks the four viewers and warns them that if they win the briefcase in Money in The Bank, they do not consider exchanging it against her, since they will only be embarrassed. Becky Lynch comes onstage and punches Lacey, who runs away from the ring.

The Viking Raiders vs. Curt Hawkins and Zack Ryder
Ryder and Hawkins start by combining kicks to get Erik out of the ring and then apply a  neckbreaker and a  Broski Boot on Ivar, which comes in two. Ryder connects a  missile dropkick, but Ivar recovers quickly and tries to ram it. Ryder drops the rope, and then Curt Hawkins receives a  dive suicide. Erik connects a knee to Ryder and makes the double team with Ivar. Winners: The Viking Raiders via pinfall.

Bray Wyatt invites us to a new edition of Firefly Fun House. Mercy The Buzzard hides in a box and is interrogated by Bray and Pammy The Witch about what is hiding. After distracting him so he looks away, he finds the body of Rabbling Rabbit. He takes out some sunglasses, and Mercy says he had to because Rabbit was bothering him. Bray replies, surrounded by bored children, that the important thing is to be oneself.

Roman Reigns vs. Drew McIntyre
Roman starts with a  chop and Drew respond with a  suplex. Both exchange punches and Drew connects a header. Follow with an inverted suplex. Then he connects a key to the elbow and chokes Reigns. He executes two more nudges, and although Roman tries to gain ground with a  lariat, McIntyre applies a powerslam. Then he tramples on his neck, and when he goes for a  suplex more, Reigns pulls him out of the ring with a  clothesline. When he goes for a  Superman Punch at ringside, Drew waits for him with a  big boot. Then he takes out an Alabama Slam. When returning from commercials, Roman goes for a  Superman Punch but Drew counterattacks with spinebuster. He continues with an attempt at a marine table pin, but Roman rolls and manages to apply a  DDT. Drew responds with another big boot and a  sidewalk slam, but when he goes to take height, Roman slows him down with the  Superman Punch. Dodge  Drew’s lariat and connect the  Spear. However, when he goes to cover it,  Shane McMahon interrupts him, hitting him with ground and pound.
Winner: Roman Reigns via DQ

Elias joins Shane’s attack, but it’s  The Miz, who had been waiting patiently in Shane’s dressing room to take revenge, who goes out to defend Roman, and chases Shane backstage. He tries to escape in a limousine, but The Miz gives him saddles in the back. Shane manages to get it out by kicking the genital area and escapes from the enclosure. In the ring, Elias subjects Roman to Drew to apply the Claymore.

The Revival is about to face  Karl Anderson and Luke Gallows, but  The Usos shows them how they got the itchy powder into their wardrobe. The Revival has no choice but to abandon the fight.

No Way Jose goes dancing with his conga line, but  Lars Sullivan comes out to intercept the members of his party, beating them up. As much as José tries to stop him, he ends up receiving the same treatment.

Lars meets with Vince McMahon in the backstage, where he agrees that four people from each brand have the Wild Card.

Match for the WWE Championship
Kofi Kingston vs. Daniel Bryan
Daniel starts kicking the ribs and running kicks. Kofi manages to dodge the third, then takes it out of the ring with a  lariat and applies a  dive suicide. When he returns from commercials, Kofi takes out a  corskrew, then applies a tourniquet and chops at the corner. Daniel responds by throwing him to ringside. He applies a knee and then kicks the extremes back in the ring. When he tries to manipulate Kingston’s wrist, he responds with blows to the jaw. Kofi continues with a kick of taco, but Daniel responds with a  driver transitioning to an armbar. Kofi rotates on its axis to kick out, and then both collide in a simultaneous onslaught. When he returns from publicity, Daniel throws Kofi with a catapult and then attacks him against the barricade. When he tries a  hammer to the steps, Kofi manages to stand up and take out a  body splash. Daniel manages to connect the  Yes! Lock, and after Kofi manages to reach the ropes, pulls out several  Yes! Kicks. Kofi dodges the last one to get several kicks to the tibiae, a  diving clothesline, and a  legdrop. He prepares for the  Trouble in Paradise, but Daniel intercepts him with a  Flying Kick and goes for an inverted pin. Daniel dodges another Trouble in Paradise, but when he goes for another  Flying Kick, he receives the second attempt fully.
Winner: Kofi Kingston via pinfall.