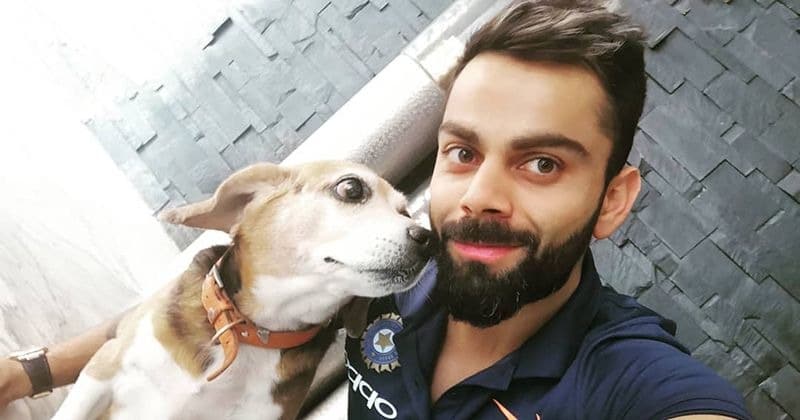 Indian cricket captain Virat Kohli is always given very special and celebrity status. Their hard work and dedication have also contributed to getting them this status. Perhaps this is the reason that these characteristics of Virat Kohli have made him a big fan following in the whole world including India. Without further ado, let us have a look at some of the latest Virat Kohli hairstyles.

There is no doubt that Virat Kohli’s looks are always very compelling. People usually have the illusion that the focus of cricket players is less on their looks and more on sports and physical strength. But Virat Kohli seems to break this illusion of people.

Most cricket fans, especially women, are die-hard fans of Virat’s humility and personality. The thing that attracts everyone’s attention to Virat Kohli is his well-maintained hair and classy hairstyle. That’s why in this article, I will give you information about Virat Kohli’s hairstyle in the year 2018.

Virat Kohli hairstyle not only enhances his personality but also supports his looks.

This is Virat Kohli new hairstyle and I am sure that most of you will like it a lot. These hairstyles really give them a cool look. To maintain this hairstyle, Virat has shortened the lower hair and maintained spikes from the rest of the head.

The hairstyle seen in this picture is considered one of the best hairstyles of Virat Kohli. Virat’s scattered hair in this hairstyle gives him a messy and cool dude type look. This hairstyle not only enhances their looks but also enhances the personality of Boy Next Door.

This photo is a selfie, in which Virat Kohli is seen with his better half Anushka Sharma. In this picture, both look really fantastic and made for each other. Virat Kohli new hairstyle is different from his normal hairstyle and shows his holiday mood. She has extreme shorts in this hairstyle and has maintained extremely small spikes in her hair.

Virat’s hairstyle in this picture really looks great. It also highlights his sizzling and charismatic personality. In this hairstyle, her hair is looking a little longer and extremely luxurious. Most people will agree that Virat Kohli long hairstyle looks just like his short hairstyle.

Now you tell me. According to you, what is the best hairstyle of Virat Kohli?

5 Tips to match your suit, shirt and tie

Happiness is in these 10 looks for your weekend