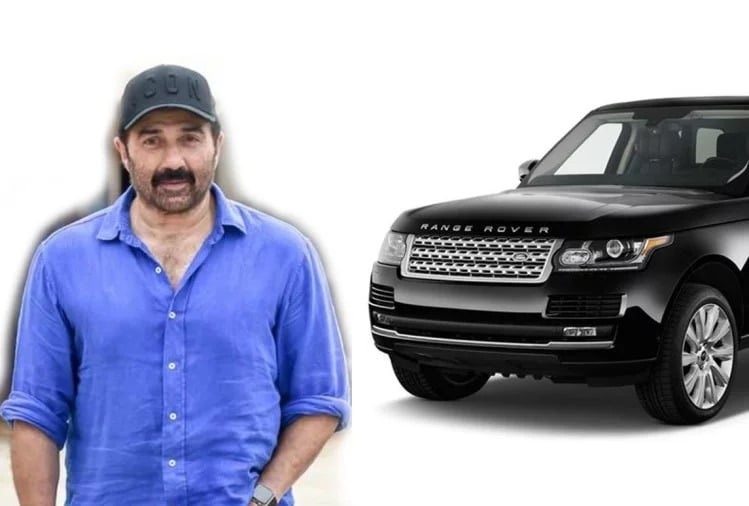 Sunny Doel Known for his powerful dialogue delivery, he is one of the best actors of Bollywood. Sunny Deol has now joined the Bharatiya Janata Party. Sunny will now start his innings in politics, Sunny, who gives a super hit movie in Hindi cinema, has a lot of love for cars. Come, know about Sunny Doel car Picture and collection.

Sunny Deol is crazy about this car

At first glance, you will find this car quite expensive, but after knowing about its features, this price does not seem to be more than anywhere. The AK-47 bullets also have no effect on this car. You can fire as many bullets as you like on this car, but what if a single bullet was able to penetrate inside the car. Threats are also greater for older people. Suppose someone targeted a VIP riding in this car, even if he had a chemical attack, even his hair would not be left out. In the event of a chemical attack, an umbrella will be built around the car and the car rider will get fresh oxygen for 10 minutes.

In this car, three engine options are given in the car – 2-liter petrol, 2-liter diesel and 3-liter diesel. These three engines generate power of 247 Bhp, 177 Bhp and 296 Bhp respectively. All three engines will be available in S, SE and HSE variants.

Sunny loves to ride autobiography It is one of the most expensive vehicles in the Land Rover range. This vehicle has a 5.0-liter supercharged V8 petrol motor that generates 558 bhp power and 700 Nm torque. The engine is equipped with 8-speed automatic transmission. It takes 5.5 seconds to catch a speed of 0 to 100 km. The top speed of the car is 225 km/h.

The Range Rover is priced at Rs 2.11 crore (ex-showroom Delhi). Apart from Sunny, this car, Sanjay Dutt, Katrina Kaif, Amitabh Bachchan, Shahrukh Khan. There are many Bollywood actors including Ranbir Kapoor, Alia Bhatt. Apart from this, Sunny also has an Audi A8 on which AK-47 bullets also have no effect on this car. This car protects from every danger. Apart from Sunny, let’s take a look at the car collection of the Deol family.

Bobby Deol is also very fond of cars, his garage has more than one luxury car. These include vehicles such as the Landrover Freelander, the Porsche 911, and the Mercedes S Class. Bobby bought the Range Rover for Rs 1.20 crore in June last year.

Sunny Deol’s son Karan Deol is also fond of cars, Karan currently has Range Rover Evoque, the price of this car is Rs 40-60 lakhs. Karan is soon to enter Bollywood with his first film, this will be the third film directed by Sunny Deol, which is going to release on July 19. Karan’s heroine in the film is Sahar Bamba.

Even today, the craze of people for Dharmendra is worth seeing. Dharmendra owns a Mercedes Benz SL500 priced at Rs 1-2 crore. The car has many amazing features and is a very comfortable ride.

Hema Malini, also known as Dream Girl, is also very fond of vehicles. The Isenke garage has cars such as the Mercedes Benz ML-Class, Hyundai Santa Fe and Audi Q5, priced at Rs 20 to 60 lakhs.

Amy Jackson poses topless, captures the beauty of the 33rd week of pregnancy