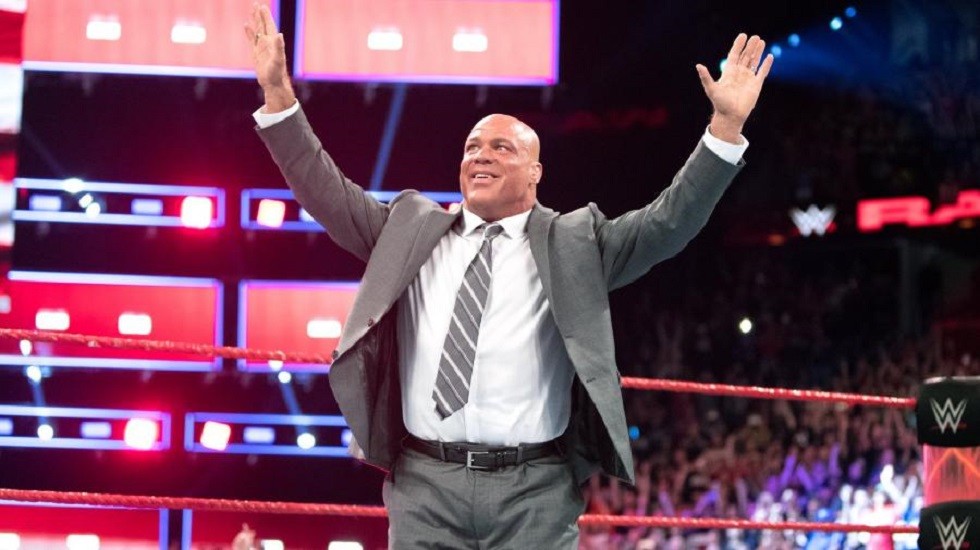 The Hall of Fame WWE, Kurt Angle has talked to Andy Malnoske of WrestlingINC. During the interview, the Olympic medalist has commented on his last stage in WWE, highlighting his role as General Manager of RAW, in addition to talking about his future in the company after finishing his stage as a fighter. Without further delay we leave you with your statements:

His experience as General Manager of RAW

” Being a General Manager is more complicated than fighting, well, it is, you are involved in every story and there are many things to remember, it becomes very confusing, I played the role as best I could, I think I did it well.”

Your future in WWE:

“I signed a 5-year contract with WWE, I’ll make some part-time appearances, whether they need me to appear on television, maybe to direct some wrestlers.

The most important thing is that I am going to be a producer, I am going to help the fighters with their technique and to structure their matches. That’s something that I’m very good at, I thought I might be able to contribute to the company in that role. “