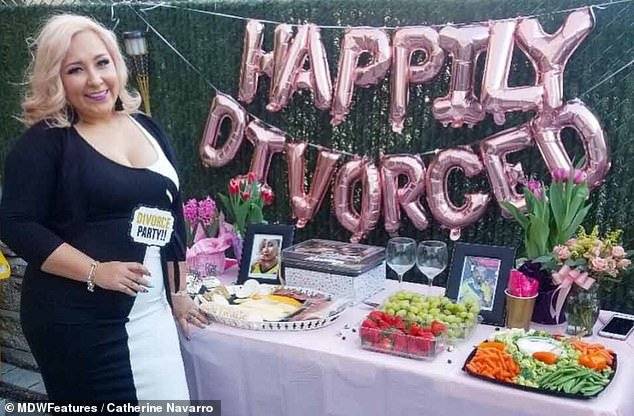 Two-story cake, balloons, decoration and a happy woman. The party might very well be the announcement of marriage for the rest of their lives, but in the case of Catherine Navarro, the words “happily divorced” gave a different tone.

A native of New Jersey, Catherine married hastily at age 20 and was married for 15 years. However, according to the woman few of those years were happy. According to reports the Daily Mail, the marriage quickly became toxic and the passion that led to getting married quickly became a nightmare.

The first time the girl filed for divorce was in 2012, and this was promptly denied by her partner. Navarro received several denials from the then-husband, until one day he disappeared.

Judicially, this was a problem for Catherine, since she needed to find her husband to end the marriage. American justice says that when one spouse disappears the other must exhaust all instances of search and prove that he did so to have the right to separation.

The process lasted seven years, and to celebrate Catherine Navarro gave a great party celebrating freedom. “It was years of trial, and the day I finally got rid of it, I decided to organize a party and called my closest friends who were by my side to celebrate my new beginning.”

Catherine ends by saying she would recommend a divorce party for anyone who feels like her, “better than drowning in bad memories.”

5 things that women do not dare to ask in bed

Not only colors and designs, keep these things in mind when purchasing bras