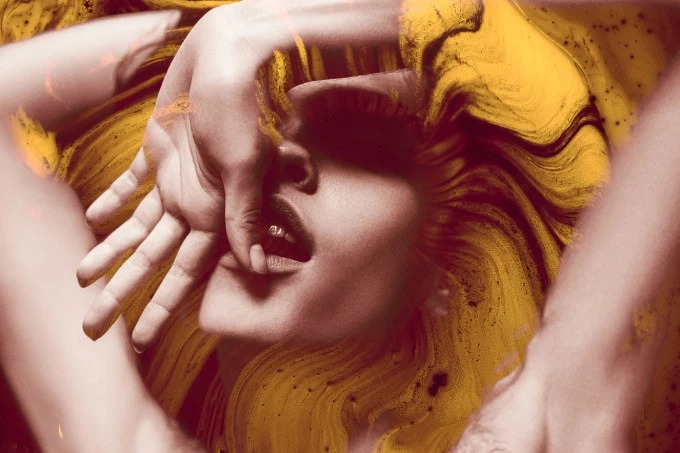 Have sex just to please each other? And still, make the guy feel like the good guy? Friend, you deserve more!

‘Ah, who never pretended to orgasm, right?’ In the ideal world, this phrase should not be common in conversations between friends – after all, everyone deserves such pleasurable sex that makes your legs wobble. But unfortunately, this is not the reality of basically all women.

With these worrying numbers, it’s never too late to point out why faking orgasms during sex is such an extremely toxic attitude. The biggest loser is yourself, and the relationship that the couple is building also ends up damaged.

So on this Day of Orgasm (August 31) we talked to three sexologists and separated five aspects that show the negative sides of this kind of attitude.

1. The relationship may not really be good.

As explained by Alyne Meirelles, director of the Brazilian Association of Sexual Health, Education and Therapy Professionals (ABRASEX), marital problems can hinder concentration at the time of sex and, consequently, lead to the pretense of orgasm.

“In these situations, it is common for both of us to fake an orgasm to end the sexual act right away and keep up the idea that it’s okay, that they have fulfilled their roles when they are actually making a mistake and missing out on the opportunity to talk and resolve. the problems together, ”emphasizes the expert.

With Alyne’s warning in mind, you have to look at the situation as a whole to understand what other problems may be linked to the constant attitude of feigning pleasure. As the sexologist also pointed out, the dialogue is always the first step to be taken. But if the effort to improve is not mutual and the situation is not resolved, it is okay to end cycles and perhaps seek a partner who cares about his orgasm as much as he cares about his.

2. Pleasure is healthy and you can’t forget it

Anyone who thinks that having an orgasm is solely and exclusively an intense sense of pleasure, completely forgets that getting there has many health benefits. As Sonia Eustquia da Fonseca, a clinical psychologist, psychoanalyst and sexologist, explains, the apex of arousal can relieve tension and pain, combat insomnia, make skin and hair look better, reduce stress, protect the heart, promote longevity. and even strengthen immunity.

“ During intercourse, blood flow and heart rate increase significantly, reaching climax – which is an orgasm. And the main characteristic of orgasm is a contraction followed by intense relaxation, able to relieve muscle tension, relaxing the whole body, ”points out the sexologist.

Sonia also clarifies that orgasm causes the body to release endorphins and oxytocins up to five times more than in normal situations. This gives relief from pain, such as menstrual cramps, during sex. This capacity for intense relaxation is one of the great strengths for women who have sex during their menstrual periods – but always with the concern of using condoms, huh?

In addition to the hormones mentioned above, Sonia recalls that orgasm also increases estrogen levels in women, which reduces the chances of having a heart problem. Regarding immunity, the sexologist explains that the levels of antibodies known as IgA, which are responsible for protection against infections, flu and colds, also increase during the peak of pleasure.

Pretending to orgasm may also be related to the fact that many women do not know which body parts are most pleasurable. And Alyne remembers why: “As a girl, women are discouraged from touching those lines that almost all of us have heard: Take your hand away; It is dirty; It’s ugly; Close your legs! ‘”.

There is no rule when it comes to feeling pleasure, especially to yourself. It’s worth undressing to see your body, putting a mirror between your legs so you can see exactly where you are touching and caress your own breasts. Because lubrication is essential for a good orgasm, it is important to work all parts of the vulva – from the outside, clitoris to penetration if you like and like it – to speed up and enjoy.

4. Turns into a horrible vicious cycle

When we do something many times in a row, it can end up being a habit and no different when it comes to faking an orgasm. As Cátia Damasceno, Sexuality Specialist on the ‘Well Resolved’ channel, emphasizes, this makes sex no longer a good time but an obligation and there is nothing worse than that. Therefore, she emphasizes that the first step is a sincere conversation, especially if the situation happens in a serious relationship.

5. About women pretending to orgasms and men finding themselves in bed

Several studies have shown that lesbian women tend to have more orgasms than heterosexual women. And what would be the reason for this? More dialogue, a greater concern for the partner’s pleasure and the awareness that penetration is not the center of everything are some of the reasons given by these studies. And the fake orgasm goes against it all.

The pleasure-time “playhouse” helps more and more men believe they are rocking the bed, which generates a chain reaction that harms all the women he will have sex with. We need to talk more about sex, because only then will our partners know when they are not pleasing – you and other women.

“ If you fake orgasm, you’re passing bad merchandise to your classmates – in case this person is just an affair and one night. The guy goes off thinking that he was devastated and will continue doing the same because he thinks it is working ”, summarizes Cátia Damasceno.

6. No more just pleasing each other

Often the silence and all the staging in bed is so that the other does not feel bad. But the question that doesn’t want to be silent is: why can’t you feel pleasure? Or even uncomfortable with something that should be tasty? No no and no!

“Sex is exchanged, it’s synergy, it’s skin on skin, eye to eye, it’s fantasy. Women are responsible for their pleasure and men for theirs, when together in an intimate relationship, both should seek to please each other, but also to be satisfied, ”emphasizes Alyne.

So don’t be quiet when you’re not liking something, and don’t be shy if you want to try something different. Having sex should also be a good time for you and not reaching orgasm should be a sporadic situation and not a rule.

Skittles nails: learn how to stick to the style that’s booming on Instagram

7 Signs that love ended in your courtship