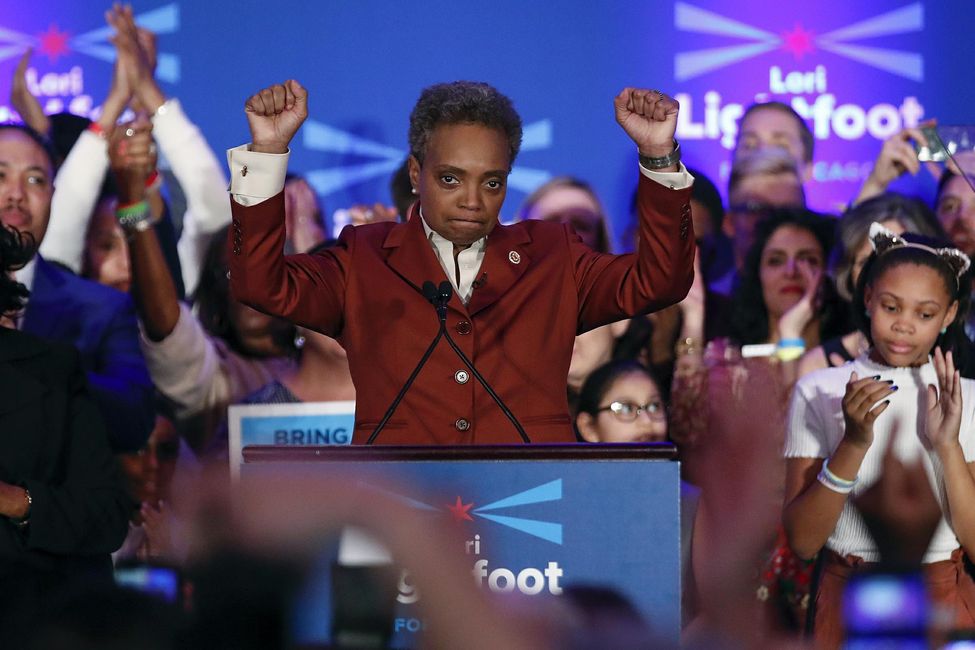 On Tuesday, April 2, 2019, Chicago citizens elected a black and lesbian woman as mayor. A great first, in a city, that had been directed by only one Black man and one woman since its creation in 1837.

If the name of Lori Lightfoot is making headlines around the world today, its election as mayor of Chicago, Illinois, is a historic event. This former federal prosecutor is indeed a black and lesbian woman. After winning the election largely against Toni Preckwinkle (another Afro-descendant politician), the 56-year-old Democrat came to the podium with her wife Amy Eshleman and daughter Vivian.

Its program to seduce 74% of voters: a progressive line and the promise to reduce social and racial inequalities, but also the poverty and the great violence that prevail in certain areas of the city. As Le Parisien recalls, more than 550 murders were counted in 2018, more than the figures for New York and Los Angeles combined. The newly elected woman also made a commitment to the subject of police violence, a subject on which she worked as a leader of a police monitoring commission.

As reported by Le Monde, the new mayor also benefited from the residents’ flush at the corruption of the local political class. “Voters seem to be in a state of mind of  ‘ screw them all ‘,” says Evan McKenzie, a professor of political science at the University of Illinois, “the message is that they want new ideas and a government cleaner.  They are tired of corruption, federal investigations against municipal officials, police scandals and fiscal crisis. “

By taking the lead of the third largest cities in the United States, Lori Lightfoot becomes a symbol of hope for the minorities, who bear the full brunt of the effects of Donald Trump’s policy.

Winnie Harlow will be scrolling for Victoria’s Secret, and here’s why it’s important

Iodine deficiency may be the reason for infertility and pregnancy