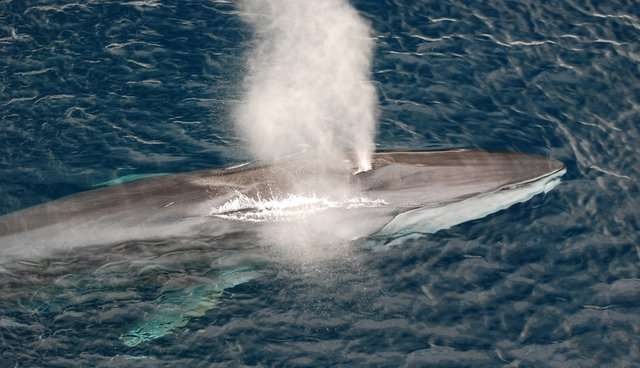 Last week, animal lovers and conservationists were heartbroken again. Iceland, a beautiful country, has announced that it will allow whalers to kill 209 fin whales and 217 minke whales each year. The fin whale is, after the blue whale, the second largest living animal on our planet.

Iceland is a country much appreciated by tourists. Breathtaking landscapes, invigorating nature, northern lights. But also incredible animals that many dream to see. Some of these animals are lucky to see whales and other whales.

Whale meat is not popular among the Icelandic population and seems to be consumed only by tourists visiting the country.

Nevertheless, the country presents itself as a destination to see whales, while offering whales as food. Although animals are protected by international laws, whaling is still practiced in Japan, Norway and Iceland.

Kitty Block, president of the Humane Society of the United States, is convinced that this decision is counterproductive for the country’s interests, as  The Dodo points

“The Icelandic economy benefits greatly from tourism, especially whale watchers who visit the country each year to see these beautiful animals in their natural environment,” said Kitty Block.

It also indicates that this type of cruel killings will affect whale populations for years.

“Animals can not survive such a cruel attack,” said Kitty Block. “Fin whales, the largest mammals in the world after blue whales, are still in danger and last year Iceland killed 145, putting their survival at risk.”

To protest this decision, an international appeal was launched to end whaling once and for all. There is only one way to preserve these animals: save their lives!

14 illustrations of how women have changed in recent times