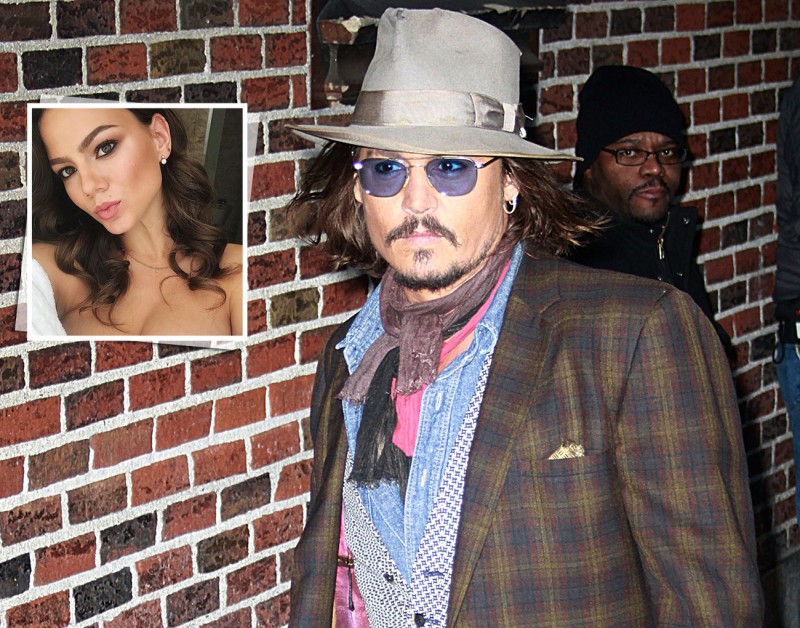 According to the British newspaper Daily Mail, the American interpreter will be going out with Polina Glen, a Russian dancer 30 years younger than him and they would already live together

In the middle of the war that Johnny Depp faces so much in the legal plane as in the media with his ex-wife Amber Heard, who in recent times has brought out more details about the physical and psychological abuse that allegedly had suffered at the hands of this, It is surprising that the interpreter has also had time to rebuild his love life.

According to information published on Wednesday by the British tabloid Daily Mail, the Hollywood star had begun a relationship with a Russian dancer named Polina Glen, thirty years younger than him and whom he supposedly met last year at a party held in Los Angeles. The couple would share at this time the mansion that the artist owns on the outskirts of the Californian city.

“Polina and John met at a very large party, she was invited to this type of event and by chance they met and chatted animatedly, the connection was instantaneous, among other things because she did not recognize him as such. and for that reason, they could enjoy a moment of total spontaneity and naturalness “, has shared a source to the mentioned newspaper on the good chemistry that has existed between them from the beginning.

Regardless of its beauty and physical exuberance, the most attractive feature of the artist in the eyes of Johnny Depp – according to the same informants – resides in the lack of importance that this would give to the fame or the still huge economic wealth of the actor: a lack of interest that would have played a very significant role when it came to consolidating their courtship and, on the other hand, also so that the interpreter could temporarily disconnect from his judicial problems with his most recent ex-wife.

“They found themselves at an ideal time for him, Johnny was once again in a legal battle with Amber and suddenly he meets this young, Russian and beautiful girl who does not know who he is or wants anything from him. She is a worker and is focused on her own career, and she is also a sweet and affectionate woman, “the same confidant explained, just to ensure that Johnny would already be seeing a future wife in Polina.

“They are managing everything with a lot of discretion and it is possible that until now no one knew that they live together, she is a very discreet person and does everything possible to go unnoticed, which is very pleasing to Johnny, they are already talking about the possibility of getting married and traveling to Russia so that he knows his parents, “he said.

What does your lipstick say about your personality?