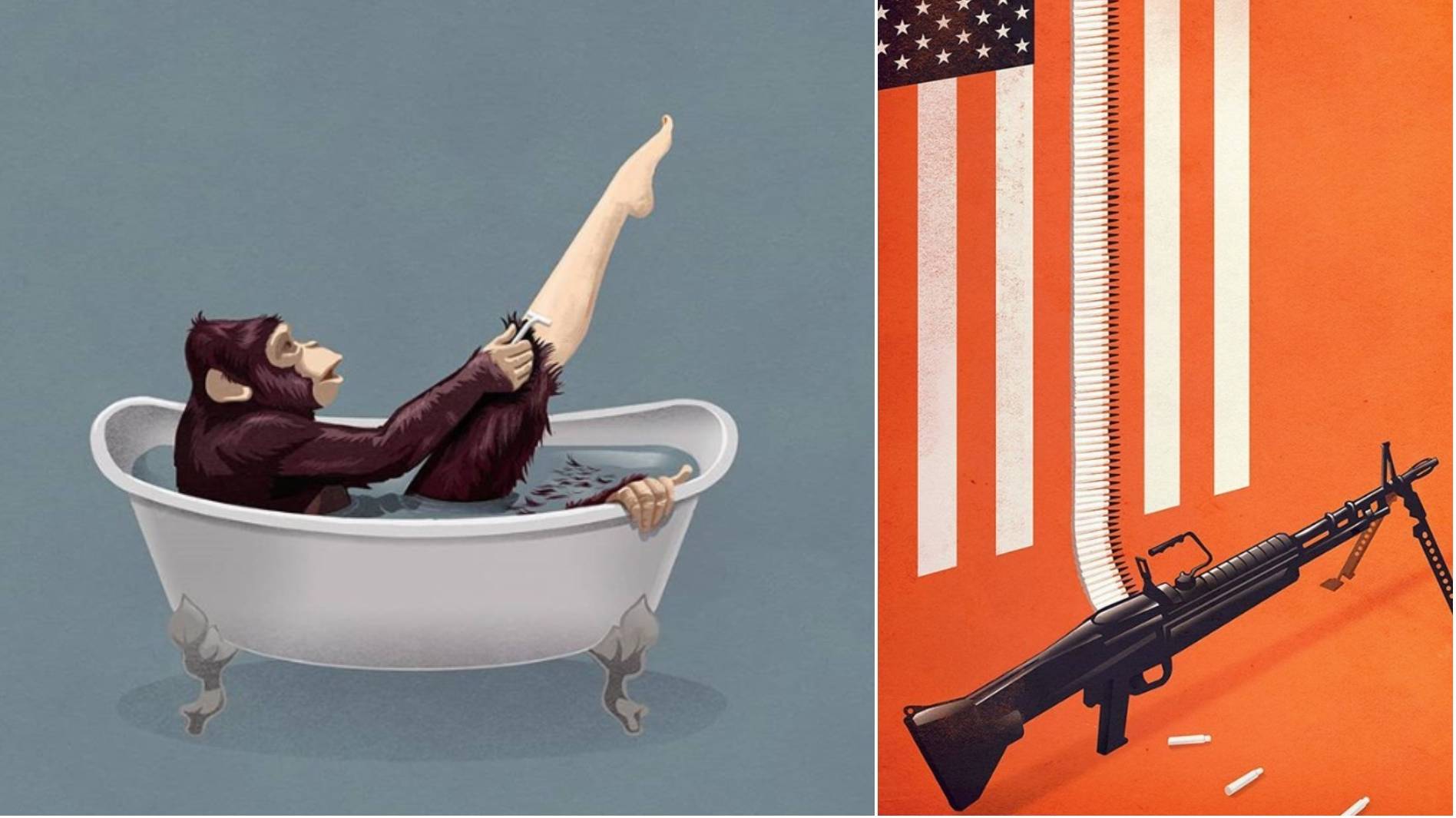 The artist Marco Melgrati reveals with his illustrations so many truths – funny and those that hurt.

Tigers pull at joints, behind a wall tourist tourists crawl on the animals and take selfies. The tigers are high on the dope and therefore tame. The illustrator Marco Melgrati has heard that tigers are really quietly paddled in Thai camps, he writes in the picture commentary.

Thread less and lazy is the world illustrated by the Italian in his Instagram account. On the one hand he shows the visibly shining, on the other the true ugly.

His work is partly political: For example, when Trump runs over his wall in the Mexican Sierra, and sees a cactus bred by the Mexicans, showing him the middle finger. Part of his art simply criticized the mainstream: This is illustrated by a monkey in the bathtub, trying to turn his legs into clean-shaven beauties.

😄 Glad to know that this Illustration named The Zoo, used as cover for El Malpensante Magazines, has been selected to the next American Illustrator Archive @salzmanart #americaillustration @pathosformel #illustration #concept #aliens #colombia #magazine @society6 @societyfeelings

The clearly illustrated pictures tell of hair-raising truths. To understand them, however, it usually takes a look at the illustrator’s picture comment itself. The account already has 147,000 followers. If you scroll through the story, you simply have to question your world afterwards.

A father on paternity leave illustrates his daily life with two children and that changes!