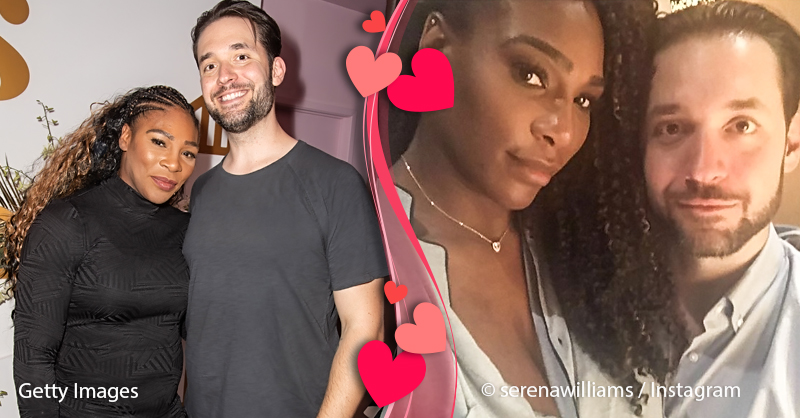 The legend of tennis, Serena Williams, dreamed of getting married one day but no one would ever have imagined that someone like Alexis Ohanian would become her husband.

As she says herself, they do not really have anything in common. But despite their differences, Serena and Alexis are a very nice couple, because they complement each other. Serena admitted that she never thought that she would marry a “white man”, but it does prove that color does not matter in love.

The key to Serena’s heart

In her recent interview with Allure , the 37-year-old woman talked about her relationship with Alexis Ohanian. She revealed that she was very busy with her job so she needed someone who believes in her and sometimes allows her to be selfish.

But how did Alexis manage to win his heart? Well, he was just the man she was looking for. During all the time they went out together, Serena always wanted the best.

In fact, it was Oprah who gave her advice that changed her vision of romance:

Oprah said to me, ‘Never let anyone lower the light in you’. It really stayed anchored in me.

And that’s what makes her fall in love with Alexis. He never ” lowered his light ” and let it shine brightly.

He is not trying to lower my light. He puts me in the light, even if I do not want to be. He pushes me further than I ever thought. I have seen it in some of my old relationships; my light was weaker. Now, I feel that I can really shine while doing everything I want.

The couple got married in 2017, almost two years after starting dating. And in September of the same year, they became parents for the first time. Their little girl is called  Olympia.