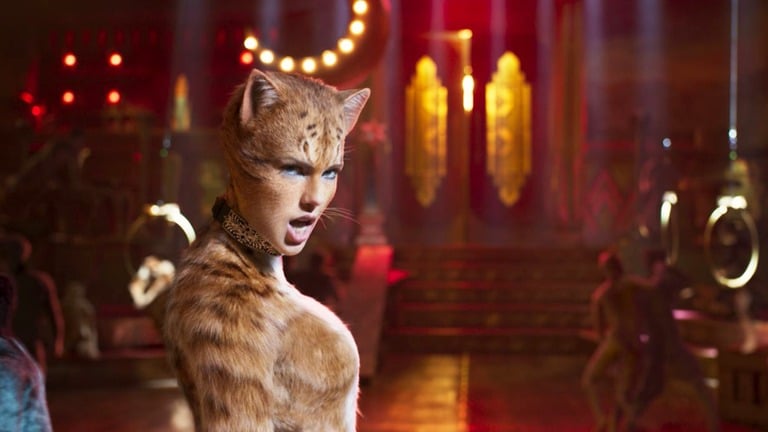 Normally none would have thought of the musical ‘Cats’ as a horror movie , but from what we have seen so far from the film that adapts this musical, people’s reactions have led some to theorize by saying that it could be the first sign of the apocalypse But not everyone is so critical and skeptical about the look of the tape, and the singer and star of it, Taylor Swift, is quite a fan of its aesthetics.

“As I get older, I am learning that wisdom is learning how silly you are compared to how much you will get to know. I really had an amazing time in ‘Cats’, I loved its oddity and how it made me feel, I will never have another chance of being like that in my life. ”

Although the singer declares her adoration for the look of the tape, she also admits that it is quite strange. But as much as she loved him and had a great time rolling, the reaction of the fans after the trailer has been very negative, not understanding many of them as this famous musical has ended up with that creepy look. In response to this, director Tom Hooper recently explained that the cats in the movie have evolved quite a lot since we saw this trailer.

“We had just finished shooting in March, so all the visual effects of the trailer were at a fairly early stage. When you watch the finished movie, you will see that some of the cat’s designs have advanced since then, and our understanding of how use technology too. ”

It remains to be seen if Hooper manages to win the fans finally with ‘Cats’, for which we will leave doubts on December 25.