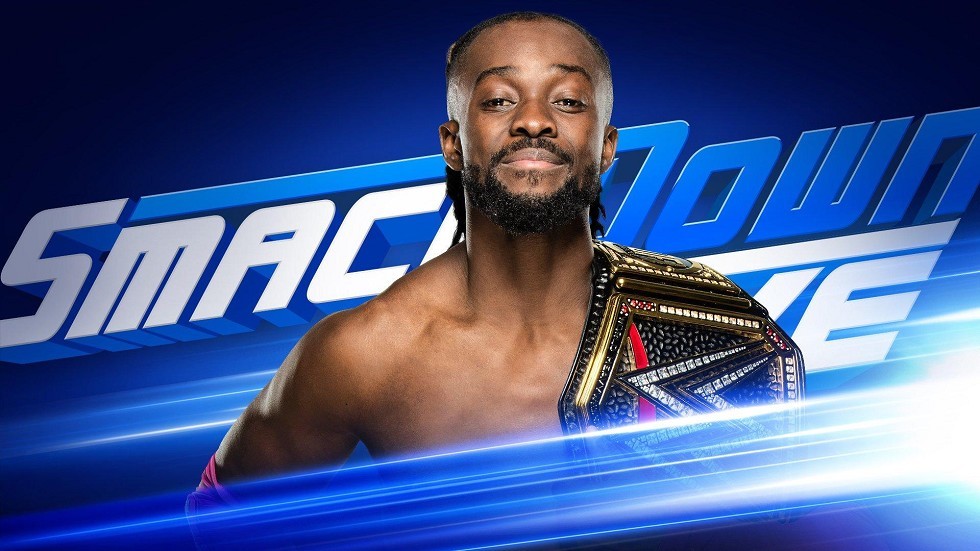 Kofi Kingston opens the show to be interviewed by Michael Cole. Both talk about how emotional his coronation was, as well as review the road to Wrestlemania and the moment of his victory over Daniel Bryan. Cole tells him that he now has a big target on his back, and the first to point was Kevin Owens. “I should have realized that this was going to happen, it’s my fault, we thought Kevin wanted to change, but at the end of the day, he’s still Kevin Owens if he wanted to challenge me for the championship he just had to challenge me,” Kofi says. Kingston challenges Kevin Owens to a fight for the WWE Championship in Money in the Bank.

Kevin OwensGo out and accept the challenge. “It’s true, you gave people a great Wrestlemania Moment, but what happens with the moments is that they are over, nobody really believes that you are a champion material, I see you, I listen to you, and I can say that you do not you think it’s champion material, “KO said when attacked by Xavier Woods. KO responds quickly and connects you a Superkick. Kofi runs for him but KO escapes, Kofi stays helping his friend.

Kofi Kingston accompanies Xavier Woods in the infirmary. He tells him to trust him and let him take care of his things, even though Xavier insists that he can not sit idly by.

Becky Lynch vs. Bayley
Becky dominates at the start, Bayley responds with an attack on the middle rope. Returning from the break, Bayley puts Becky on the ropes and connects forearm blows. Lynch responds with hard blows, Bayley is not far behind and the exchange begins. Becky’s Suplex and Cross of Clotheslines, both are lying. Side Suplex Bayley that then seeks height and is launched. Becky surprises her with her rollers and quickly applies the Disarmher. Bayley surrenders.
Winner: Becky Lynch.

As soon as the fight is over, Charlotte appears and connects a Big Boot to Becky. Then he also attacks Bayley by throwing her against a pole.

Aleister Black talks about fear and how it affects his rivals.

The Hardy Boysthey go out to the ring. His Smackdown Couples Championships are in danger says the graph before the break.

Upon returning, it shows how Lars Sullivan attacked them both. Today Jeff Hardy carries a crutch because of the damage received. “I can not walk because of Lars Sullivan, the injury requires surgery and I’m going to be away from the ring for a while,” Jeff announces. With great regret, Matt says The Hardy Boys should leave the titles vacant.

Lars SullivanEnter to attack Matt. Jeff can not get down in time from the ring, Matt tries to defend him once more but receives a Freak Accident from Lars. Jeff prepares to defend himself using his crutch, but R-Truth appears with a chair. Truth hits Lars in the back but he does not seem to feel pain. Truth repeats the attack but Lars sends to fly the chair with a right and then apply a Freak Accident.

Asuka and Kairi Sane defeat two local fighters. Combat completely dominated by Kairi and Asuka, who got the victory after an Insane Elbow of Kairi.

Sonya Deville and Mandy Rosethey watched the match in dressing rooms. Mandy informs Sonya that one of the two will be part of the women’s ladder match at Money in the Bank. She starts telling Deville that she deserves it, but Sonya ends up giving up her place and leaving Rose to be part of the encounter.

Roman Reigns goes out to the ring to talk about the situation with Shane and Vince McMahon. He says there’s only one chance to make a first impression, and he wanted to make it clear that he’s still The Big Dog and Smackdown is now his playground.

Shane McMahon comes out and reminds him that his family owns the whole land. Roman corrects him and says that his father is the owner. “And when we were in the ring, I was standing and he was on the canvas,” adds Reigns. Shane tells him that whoever was shot was him, Reigns responds that it was thanks to Elias and challenges him to see if he can do it alone right now. Shane says he has to go to prepare for his match against The Miz. However, there is a wardrobe full of people willing to fight with him. Reigns ironically ask if he also has to bandage his eyes, but Shane says no, but he has a special referee for this contest: Elias.

The B Team (Curtis Axel & Bo Dallas) vs. Roman Reigns
Special Referee: Elias
Dallas starts the action for his team, Elias acts as a secondary referee from outside the ring. Roman loads him, Curtis distracts him and Bo attacks from behind. DDT of Axel and two counts. Big Boot to Axel and Samoan Drop for Dallas, but it was not enough. Elias attacks Roman in ringside. Roman charges against both rivals after the break, distributing Clotheslines incessantly. Samoan Drop and DDT on both, but does not achieve the count of three. Superman Punches for the B Team, Elias takes the referee out and attacks Reigns. He returns it to the ring, Curtis connects a Perfect Plex and Elias counts but Reigns escapes on time. Roman connects a Spear and manages to count three over Axel.
Winner: Roman Reigns

A Repeat of Bray Wyatt’s Firefly Fun House that was seen yesterday on Monday Night Raw.

Ali & Finn Balor vs. Randy Orton & Andrade (c / Zelina Vega)
Ali soon connects a kick to the throat of Orton. Relay for both sides, Balor takes control. Andrade responds with a kick, looking for height but Balor surprises with an Enzugiri that knocks him down. Suicide Dives on opposite sides of the ring by Ali and Balor. Zelina takes Finn’s leg when looking for height. Andrade stops him and connects Double Knees against the corner but it’s not enough. Slingblade of Balor after receiving the relief, Ali finishes with the 450.
Winners: Ali & Finn Balor.

Randy Orton connects an RKO from nowhere to Balor. Ali jumps against Orton but The Viper flees.

Kevin Owens, He starts his show. He says there are no ornaments or scenery, that’s something The New Day would do. “I am the show, I do not need anything else,” says Kevin. “Today, before being interrupted, I wanted to make a clear point, things went to Kofi Kingston’s head, do not worry, help is on the way, I’m sure that in Money in the Bank I’ll take away the WWE Championship.” add “But enough of Kofi Kingston, that’s what we’ve been listening to for months, Xavier Woods, my boyfriend, you know why, we know everything about Kofi Kingston, I want to know what’s going on in your head, for your heart,” says KO . Woods does not come out and Kevin insists. KO has a plan B: he takes a Xavier Woods doll out of his pocket and starts talking to him. He puts it in the guest chair and asks him why he is sad. He takes out the Big E doll, celebrates that it is back and puts it next to the Woods doll. KO kicks the chair and says it’s two pieces of trash, but he knows what they think and feels.

Kofi Kingston goes on stage. Both look at each other in the distance, Kofi runs to the ring and goes to blows. Kofi takes control of the confrontation and leaves the ring. He throws Kevin over the commentator’s table and throws a chair over his head. KO flees among the audience, Kofi stands defiantly in the ring.