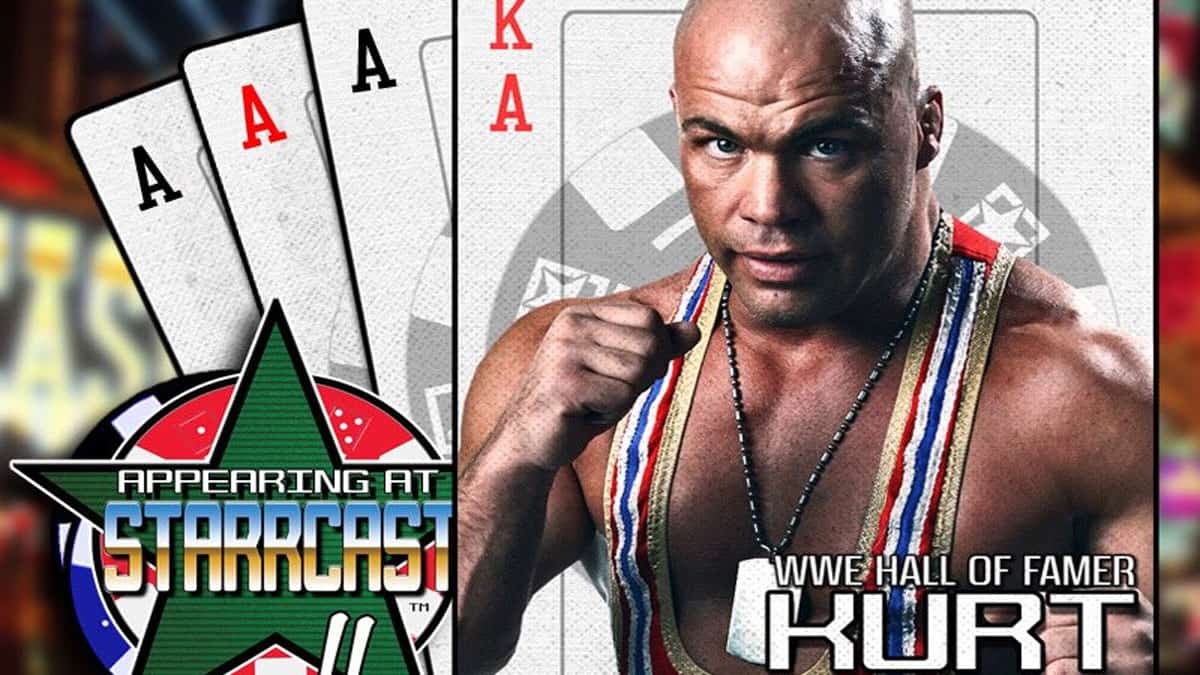 The organizers of the Starrcast 2 event that will bring together the greatest wrestlers, wrestlers and legends from May 23 to 26, 2019 have just announced that the WWE Hall of Famer Kurt Angle is added to their line-up.

Kurt Angle will join names such as Undertaker, Brutus Beefcake, Ted DiBiase, Cree Cyborg, Sting, Hart Bret, Jim Ross, Jerry Lawler, X-Pac, Chris Jericho and so on. For the moment it has not been communicated if Angle will be present for a signing session or a Q & A session.

Do not forget that this catchesque event is being held in conjunction with the All Elite Wrestling ‘Double or Nothing’ show at Caesars Palace in Las Vegas, Nevada.

Kurt Angle will participate in his last fight at WrestleMania 35 this Sunday April 7th. We do not know if Angle will stay under contract with WWE after WrestleMania, but we know that this event is already causing a lot of tension in the WWE roster. Does this presence at Starrcast mean the end of his contract or a special WWE deal? To be continued.

None of today’s announcements have been #AprilFoolsDay pranks.

They’re all coming to #Starrcast and we are not done yet. Thanks for your support! We’ll see you in Las Vegas!