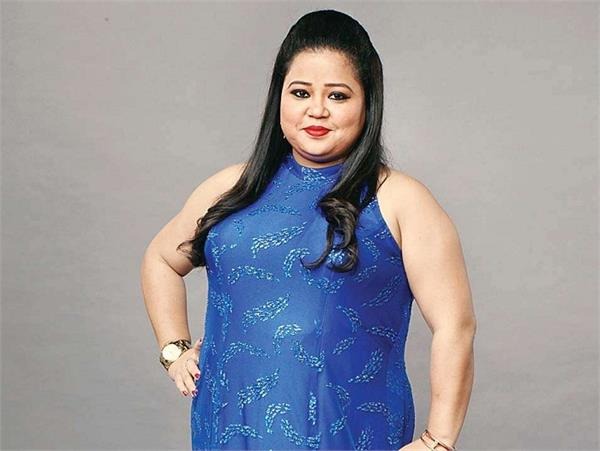 The comedian world’s unique figure ‘Lalli’ i.e. Bharti Singh has made big struggles to reach this end in her life. She is the first Indian standup comedian of the Indian TV industry. In 2016, Forbes released a list of Top 100 comedians, in which Bharati got 98th rank, but Bharti had to go through tough times to reach here. There was a time when all the laughing Bharati used to cry overnight because of increased weight. But today, she has become an example for people who are victims of the inferiority complex due to obesity. Bharti credits this success to obesity and to her mother.

Bharti belongs to a middle-class family and she is three siblings. Bharti said that she had lost her father at the age of 2, so no memory associated with him. She says that instead of marrying my mother instead of getting another marriage, we chose the path of Struggle, so our life has passed in poverty. Many times they had to sleep only after eating half their stomachs.

Born in 1984 in Amritsar city of Punjab, Bharti has earned an MA degree in History. In college, she was a pistol shooter and archery player. She has made several medals in her shoots. She wanted to be a rifle shooter, but financial straits raised many problems in front of her. But she did not give up in her life.

There were no fees for college fees

In the college days, she has also done a repartition of Punjab in the National and State level competitions. But later she had to leave college because she did not even have the money to pay the fees. However, for Punjab, she won many medals, due to which her education was free. She has also studied MA in History from Punjab Technical University.

The children were teasing by saying ‘baby of elephant’ in school

She told that at the time of birth he weighed 5km Was around, which can be called abnormal. Due to obesity in school days, she was teased with words like ‘fat’ and ‘baby of ‘. She said, “Because of the increased weight, I used to cry all night and night. In college days when I used to see girls wearing jeans and top, jealousy happens. I remember that I watched those girls sitting in the garden and cursing God for obesity. However, now I consider myself lucky. My obesity proved to be the greatest gift to me. ‘

The critics of Bharti’s work

She says, ‘I did not have the money, so I chose the acting line. My family was struggling with very financial crises. When I came to Mumbai to make a career, I used to suspect my relatives. Not only this, when she used to do comedy on stage, they used to make fun of me but now they making his children a career in Mumbai.

Bharti started his career with ‘The Great Indian Laughter Challenge’ season 4 and from here she became famous as ‘Lalli’. Bharti was the first female comedian, who had a runner-up in Laughter Challenge. After this Bharti never looked back. After this, she did many comedy shows, where she got success.

Even though Bharti has seen bad times at one time, but today her earnings are in millions. According to the news, she takes around 25 to 30 lakh rupees for a show. Plus, up to 15 lakhs are charged for coming to live invoices.

In an interview, Bharti Singh said, “I never had love, I thought that being fat would be married to a fat person, but Harsh taught me to love. I had a change in my ‘I love you’. Please tell that Bharati is 7 years older than her husband Harsha. While Bharti is 32 years old, her boyfriend Harsh Leembhachia is about 7 years younger than her.

Do not consider yourself a successful woman

She said, ‘I have not seen more women standup comedians in my society. Girls want to be Miss Universe but no standup comedian wants to make a career. But here she understands that she can not always look good, but Talend will always be together. When I see girls making a career in standup comedy, then I will give myself a decent female status.

7 super powers of people who suffer from anxiety disorders