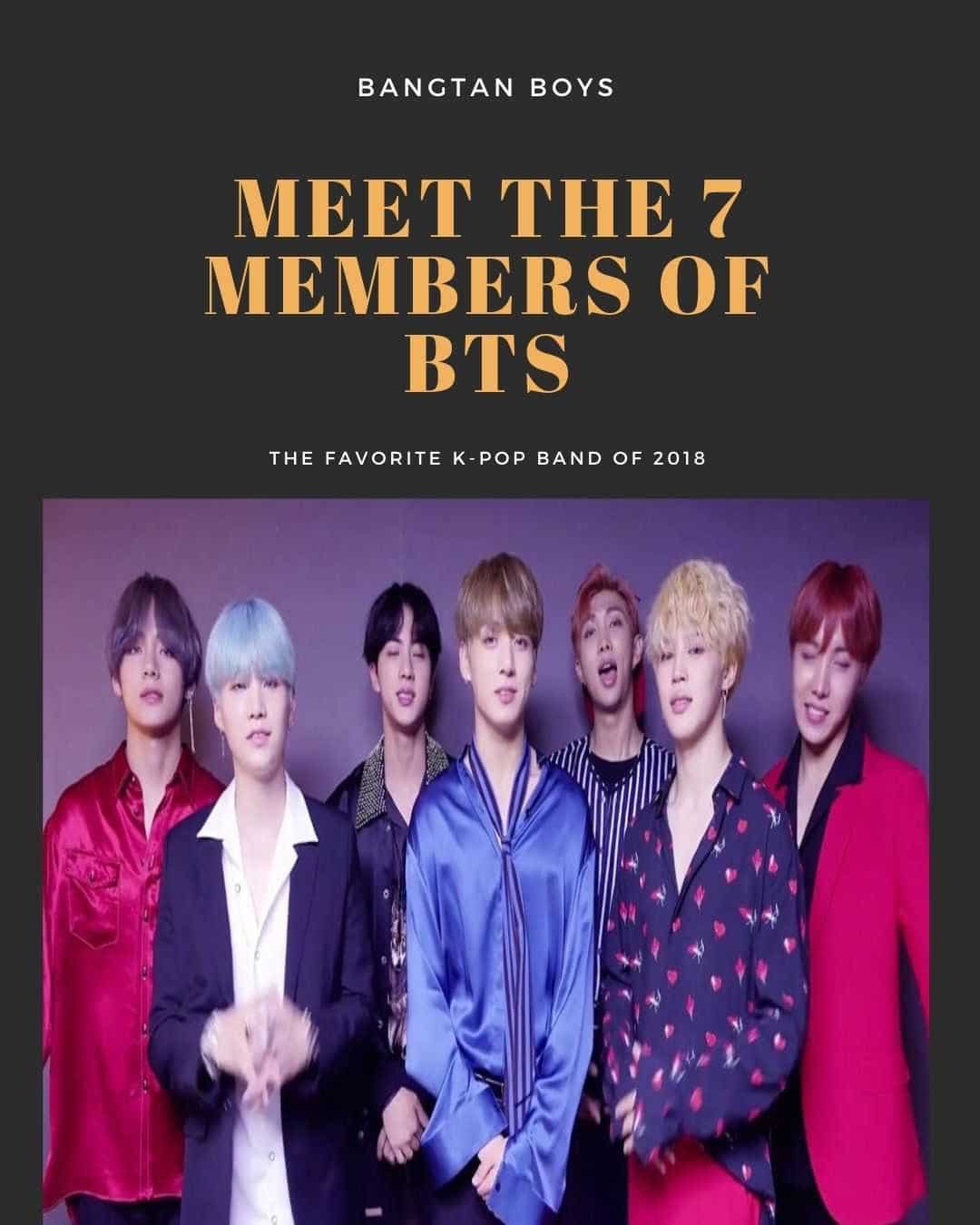 Bangtan Boys, or popularly known as BTS, debuted in 2013 and since then they have gradually won the love of young people in Europe and Latin America. We have a list of BTS Members –

Every generation through the years has had a favorite band, for example, in the 60s, The Beatles marked a whole musical revolution that continues to this day; In the early 1990s, the world went crazy for Backstreet Boys; And now, we have South Korean pop bands, or better known as K-Pop. One of them is Bangtan Boys, or popularly called BTS, who debuted in 2013 and since then they have gradually won the love of young people in Europe and Latin America. But if you still don’t know what we are talking about, here we tell you who is BTS and its 7 members.

The group’s name, BTS, is an abbreviation for the Korean expression Bangtan Sonyeondan, Which literally means “Bulletproof Boy Scouts.” According to member J-Hope, this refers to the group’s desire to “set aside stereotypes, criticisms, and expectations directed as bullets towards young people.” In Japan they are known as Bodan Shōnendan, Which has a similar translation. On July 27, 2017, it was announced that BTS would also mean “Beyond The Scene” as part of its new brand identity. This broadened the meaning of its name, which now also represents an “evolving youth ‘BTS’ that overcomes the realities it faces and moves on.”

Jeon Jungkook, best known by his stage name Jungkook, is a South Korean singer, dancer, rapper, composer, producer and model. Since 2013, he is a member, lead vocalist and maknae of the band BTS, in the agency of Big Hit Entertainment

Hobbies: Drawing, dancing, photography and taekwondo as a child.

Park Ji min, better known by his stage name Jimin, is a South Korean singer, dancer, choreographer, model and MC. In 2013, he debuted as a member of the boy band BTS.

Kim Seok-jin, better known by his stage name Jin, is a singer, model, composer, dancer, South Korean MC. He belongs to the BTS group, where he holds the position of vocalist, dancer and visual, since 2013.

Kim Tae-hyung best known by his stage name V, is a singer, model, actor, dancer, photographer, MC and South Korean composer. He is a member of the BTS group, under the company Big Hit Entertainment.

Hobbies: Play the saxophone and piano, watch anime series, read manga and be with Yeontan (his dog)

Min Yoon-gi, better known by his artistic name Suga and Agust D, is a rapper, model, composer, producer and South Korean dancer. He debuted in the BTS group in 2013 under the company Big Hit Entertainment.

Kim NamJoon, best known by his stage name Rap Monster or RM, is a rapper, dancer, composer, producer and South Korean model. Since 2013, he is the leader and main rapper of the BTS band. In 2015, he released his first solo mixtape, called RM.

The sexiest blondes ever