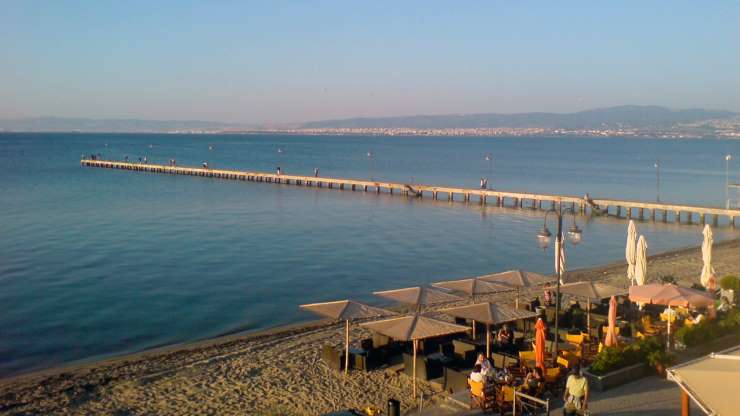 Faro – fast to the Algarve

Practically right behind the airport of Faro lies the Praia de Faro, an elongated sandy beach. In the Algarve, the temperatures are very mild all year round, so that short breaks can look forward to almost every season of the sun. It takes less than ten minutes by taxi from the terminal to the beach.

If you take off from Barcelona, you often fly directly over the beach of Castelldefels. In this coastal town hardly make travelers from abroad holidays. The roads at Barcelona Airport are also manageable.

The most popular island of the Germans extends over a large area. Some beaches are only two hours drive from the airport when traffic is dense. The situation is different for the coastal sections of Can Pastilla: they are only about ten minutes away. If you want to spice up the Majorca holiday with a notorious party, drive a bit further and land on the beach of El Arenal.

Montpellier – with the low-cost airline to the beach

The airport of Montpellier in Southern France is mainly served by low-cost airlines. The bring sun-hungry with early booking even for small money to the sea. Close to this airport, for example, to the beaches of Palavas-les-Flots. They are only 15 minutes from the airport and are located on an offshore island between the sea and the mainland.

Rome – splashing instead of sightseeing

From Fiumicino International Airport, the route is long into the heart of the “Eternal City”. But it looks quite different if you are looking for the beach in the first place. The eponymous coastal town of Fiumiciono is just ten minutes away. Nicer it is a little further south – in Lido di Ostia.

Alghero – in ten minutes from the plane to the beach

Short breaks may know the airport of Alghero. The city in the northwest of Sardinia has a kilometer-long, white sandy beach. From the airport it is not even ten minutes by rental car or taxi.

Athens – where the locals bathe

Only a few know that the Greek capital Athens has numerous beaches nearby. Close to the international airport is, for example, the city of Artemida with long stretches of beach and numerous restaurants. The area serves mainly the Athenians as recreational area. There is also a varied nightlife with many clubs and bars here.

Thessaloniki – from the plane directly to the water

Further north, the smaller metropolis of Thessaloniki has an airport that borders directly on the coast. From here it takes about 15 minutes to Agia Triada – a small town with a sandy beach, which has chairs and umbrellas and some adjacent restaurants.

“Charlie’s Angels”: This is the new cast

THE MOST POPULAR DESTINATIONS TO EXTEND HOLIDAYS