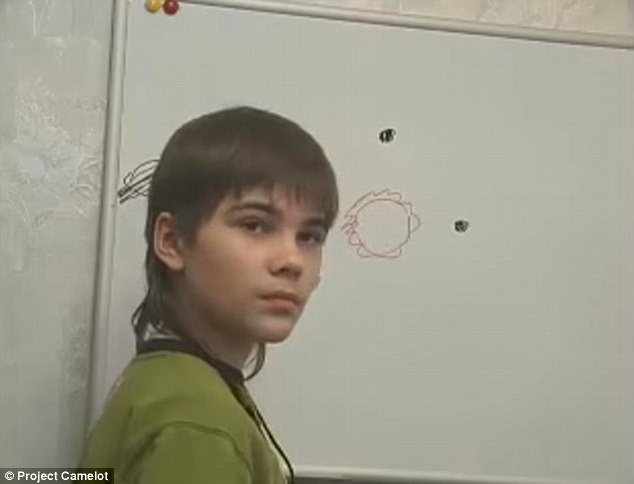 A Russian who has baffled scientists since birth, says he lived on Mars before reborn on Earth.

Boriska Kipriyanovich has confused the experts with his knowledge of space for almost 20 years.

His parents claim he was able to talk months after he was born and often discussed topics they had never taught him, such as extraterrestrial civilizations.

As a toddler, he surprised his doctors by being able to read, write and draw at the age of two.

Her mother, who is a doctor herself, said that the first indication that he was special came a few weeks after his birth, as he was able to hold his own head unaided.

Boriska, originally from Volgograd, claims to have lived on a “war-ravaged” Mars, which suffered a nuclear disaster in the distant past.

He says that Martians about seven feet tall still live underground on the red planet and breathe carbon dioxide.

According to Boriska, they are immortal and stop aging at the age of 35. They are also technologically advanced and able to travel interstellar.

As a schoolboy, Boriska explained how the Martians had a strong connection with the ancient Egyptians on Earth and how he once visited the planet as a pilot.

He said that life on Earth will change dramatically when the Great Sphinx monument in Giza is “unlocked”, adding that the opening mechanism is hidden behind an ear.

What do you think of these strange revelations?