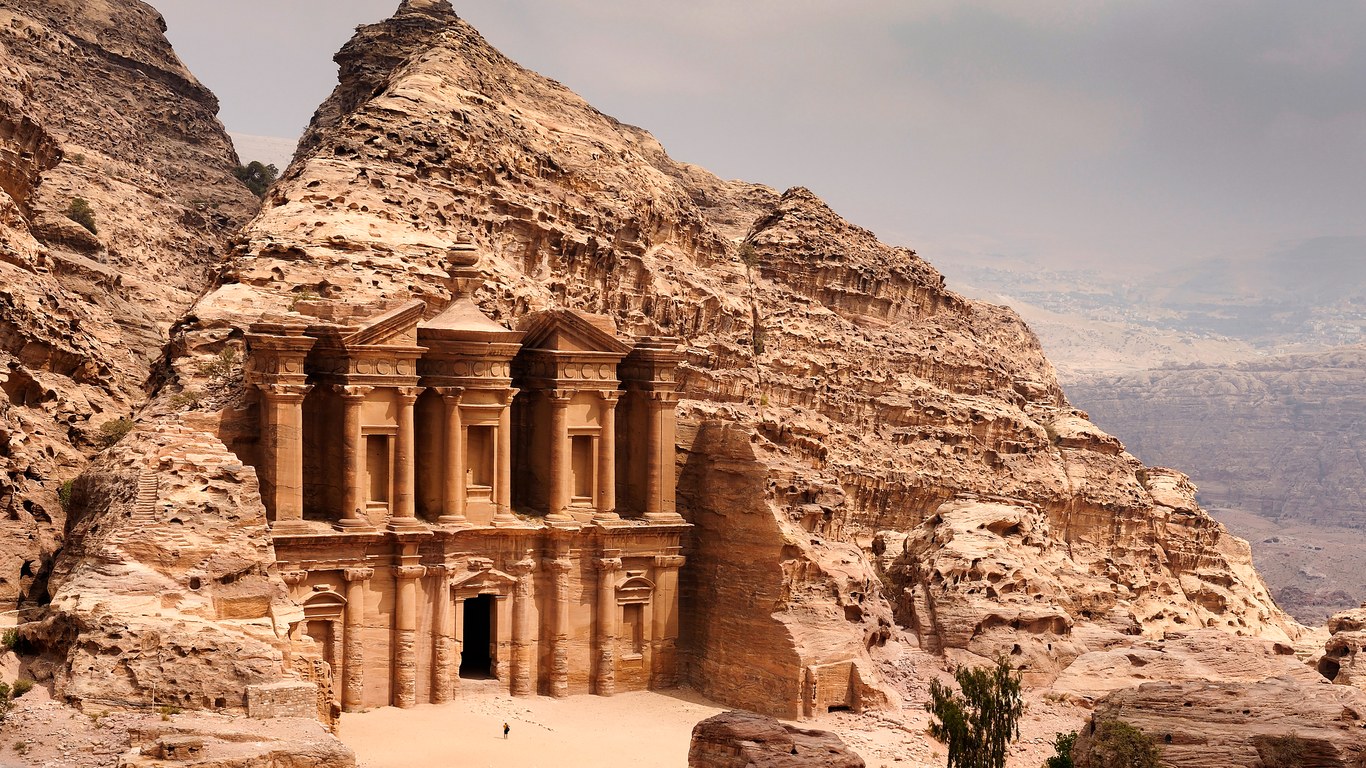 The fire at Notre Dame made us think of all those incredible places that everyone should have in their wishlist.

Travel in time does not exist (no one has invented a machine that works, yet), but around the world there are a few historical sites that offer you a window into the past, into other times when the world was very different and the idea of a telephone, especially an intelligent one, sounded crazy. You can always go to the museum to learn a little about the past, but it is not the same to see a piece of art carefully hung in the corridors of a building, to be able to experience history in those places where everything happened.

For the moment, travel in time is only possible by walking in the historical sites that were rescued and preserved and that show how our ancestors lived, but, although they have been there for a long time, a time may come when they will no longer exist Something could happen to them and you could lose your chance.

Nothing in this world lasts forever, the fire at Notre Dame showed us that even the most imposing buildings, those that have observed our history and that manage to resist the passage of time to become icons, can disappear from one moment to another, and postponing the trip to meet them only means that we could never get to see them.

Every year, travelers from all over the world get on a plane and travel to the cities where the past is still alive, their goal is to visit ruins, temples, palaces and places full of history, and you should try to do the same as always. you can (because with a cultural vacation you kill two birds with one stone, or three, you expand your mind, escape from routine and have a new adventure).

After the fire at Notre Dame it became clear to us that there are plans that should not be postponed and that knowing the most important historical sites should be a priority, these are 8 that you have to see as soon as possible.

Angkor Wat is the most famous temple in Cambodia and is visited by millions of people every year, but it is not the only one you should see. Ta Prohm is a 15th-century temple that is located in the heart of the jungle and is covered almost completely by thick tree roots that grow on the roof, making it one of the most incredible places in the world. The branches of the trees are mixed with the stone, but they show enough structure for you to realize the enormous work that was to build it.

France is full of historical places, from Notre Dame to the legendary palace of Versailles, but one of the most impressive destinations in Paris is not above the city, but below it. Below the city is an incredible network of catacombs, small tunnels that house the remains of thousands of people. This place is scary, the walls are covered with exposed bones, and it is not for claustrophobic, but, it is of great historical and cultural relevance, and, if you do not scare easily, it is a must-see tour in the city, it shows you aside. Much darker in Paris.

El Castillo is one of the most incredible Mesoamerican pyramids of Chichen Itza, a thousand-year-old city that was built at the beginning of the 9th century. The Castle has a height of almost 30 meters and is considered one of the new 7 Wonders of the World, in addition, twice a year, at the equinox, the light sneaks through the structure and forms the image of a snake on the staircase principal.

This ancient city in the middle of the jungle used to be home to some 10,000 Buddhist temples, sanctuaries and pagodas. Bagan currently conserves 2,000 of those golden structures that rise and reach the treetops, making it one of the most interesting archaeological sites in the world.

This is one of the most famous historical monuments in the world. Stonehenge is located in Wiltshire and was built using two types of stones that form a circle. The legend says that it was an extraterrestrial civilization and, although we know that is not the case, the site receives thousands of visitors who are surprised by the sight and the mystery about the construction of the monument and its true purpose.

Egypt is home to one of the most powerful cultures in the world, proof of them is the incredible pyramids and ruins that remain standing to this day. The temple of Luxor (which is located in the area known as the City of One Hundred Gates) is considered to be the largest open-air museum and is the only temple that is not dedicated to the gods, but to the kings.

Built in the 4th century, Petra, in Jordan, is an imposing city built within the pink stone that is characteristic of the region. Petra is one of the most impressive sites in the world due to its architecture since it eliminates the barrier between the natural world and the one built by man.

This is one of the most recognizable places in the world (it has made an appearance in at least a dozen films), the Taj Majal was built as a tomb, but today, for its incredible architecture and great beauty, is one of The favorite destinations in the world and has become the scene of thousands of love stories (many proposals have been carried out here) inspired by the story of the man who built his wife a place where he could spend eternity.

What clothes to wear during summer holidays: a look for each destination

Save Money for your graduation trip with these tips!