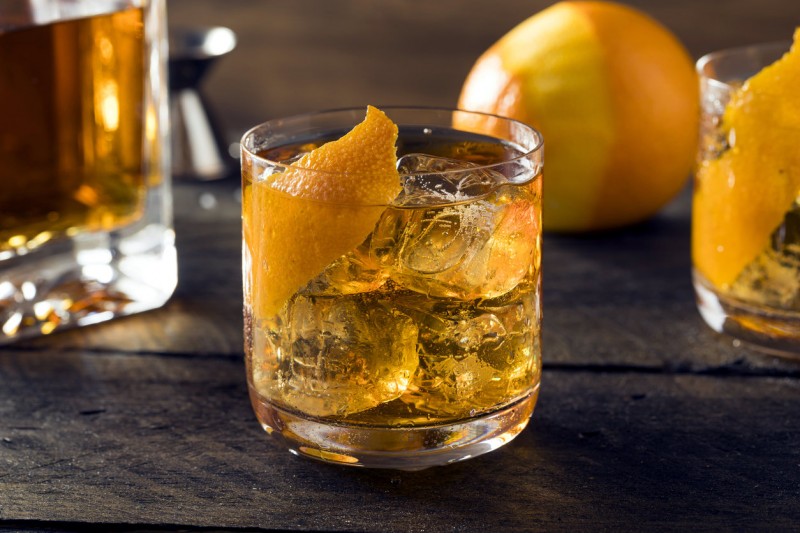 We know that men are lovers of whiskey. And so many people who enjoy it on the rocks, the whiskey cocktail also has its fans.

It almost goes for a cliché, and yet: whiskey is a typical male drink. Admit it, gentlemen, many of you love to smell the scent of a good Scotch or a bourbon. To appreciate the tasting of a good Japanese or Scottish whiskey.

And since it is not a simple idea, figures exist to support our comments. Thus, the French are the biggest drinkers of whiskey in the world, with more than 130 million liters consumed each year. That’s 2.15 liters per year per inhabitant. Or the equivalent of 45 Olympic pools, just that!

Beyond these stratospheric figures, whiskey must be conceived as a noble beverage, a refined alcohol. As such, we share here with you the advice of Maxime Hoerth, Meilleur Ouvrier de France and former bartender chef at the Hotel Le Bristol in Paris, to succeed in your whiskey cocktails.

1. Choosing your whiskey is essential

According to Maxime Hoerth, whiskey available in supermarkets is not cheaper than at a wine shop. The spirit is able to decline in such a variety that a professional is a good ally to guide an amateur bartender before preparing a successful cocktail. Scotch, bourbon, rye … The choice of a whiskey depends not only on your tastes but also on what you “want to do”.

2. Use a peated whiskey to flavor the glass

The tip of Maxime Hoerth to make all the difference and surprise the guests: use a peated whiskey from Scotland (1 cl) to flavor the glass. Just add alcohol to the glass before preparing the cocktail. This little trick can also apply to the preparation of all other cocktails, such as a dry martini for example.

3. Do not limit yourself to one type of whiskey

All whiskeys do not have the same taste. Their origin will dictate the notes unveiled in the mouth: “If you do not like Scottish whiskey, that does not mean you do not like whiskey, do not miss another whiskey, Japanese, bourbon or a rye whiskey. for example.”

This advice also applies to other cocktails such as rum or tequila. So, when you want to get crushed ice, “avoid mixing the ice cream because it becomes too thin and turns too quickly into the water in the cocktail. Prepare ice cubes in a cloth, using a rolling pin for example “.

5. Think of citrus fruits to make a whiskey cocktail

It is not easy to know what goes best with whiskey, which sometimes has a very strong taste. Well know that citrus fruits are your best allies to accompany your alcohol. They are characteristic of “old-fashioned whiskey” cocktails.

There are also ready-made whiskey cocktails

As with many other cocktails and rums, whiskey cocktails are now ready for their “ready to eat” version. In 2018, the brand Label 5 (not always very popular with whiskey lovers) launches the Cocktail Ice, a concept that “revolutionizes mixology”.

Behind this product presented as ” the first ice cube that turns whiskey into a cocktail“You can find bags to put in the freezer, then dilute the ice cube in 5cl of whiskey to taste three recipes of whiskey cocktails based on natural flavors Honey Ginger (with honey and ginger), London Collins (both lemony and sweet) or Five Senses (made from cranberry, ginger and lime), the choice is yours! failing to be very subtle, this concept has an undeniably playful side to brighten up your evenings.

Well, and if you do not like whiskey, you can also take advantage of Maxime Hoerth’s advice on how to better appreciate tequila, always in moderation, of course!

This young man is encrusted on his own childhood photos

In Peru, the rainbow mountain is full of eyes