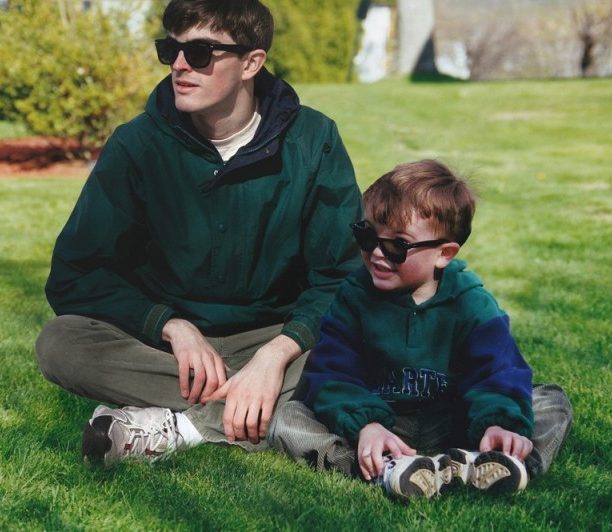 For his project Childhood, the photographer Conor Nickerson chose to put himself on the stage … on images of his childhood.

Some people should never touch Photoshop. Others, on the other hand, master the software perfectly. This is the case of James Fridman, whom we talked about here, or Conor Nickerson.

This American photographer (and musician!), But based in Montreal, has a lot to say about him at the end of 2017 thanks to his Childhood project. Either “childhood” in French.

The principle is simple: Conor Nickerson wanted to go back in time with his own childhood photos. But rather than give in to nostalgia, the young man had fun by embedding himself on his clichés of time. This is how the adult version of Conor rubs its child version, around a birthday cake, on the train or with the family.

The result is bluffing and one might think that the adult Conor actually attended the scenes reproduced. Beyond this staging, the treatment of the image is also amazing. We find the grain and colorimetry of the silver photos of the late twentieth century.

If this intimate project allows Conor Nickerson to make the buzz, it is not the first time that the young man turns to the past. In 2016, he had already initiated the Then and Now project, a series of photomontages comparing current Montreal with that of the 1960s or even the end of the 19th century !

5 tips for making a whiskey cocktail

20+ Evidence that women can solve any situation unexpectedly!