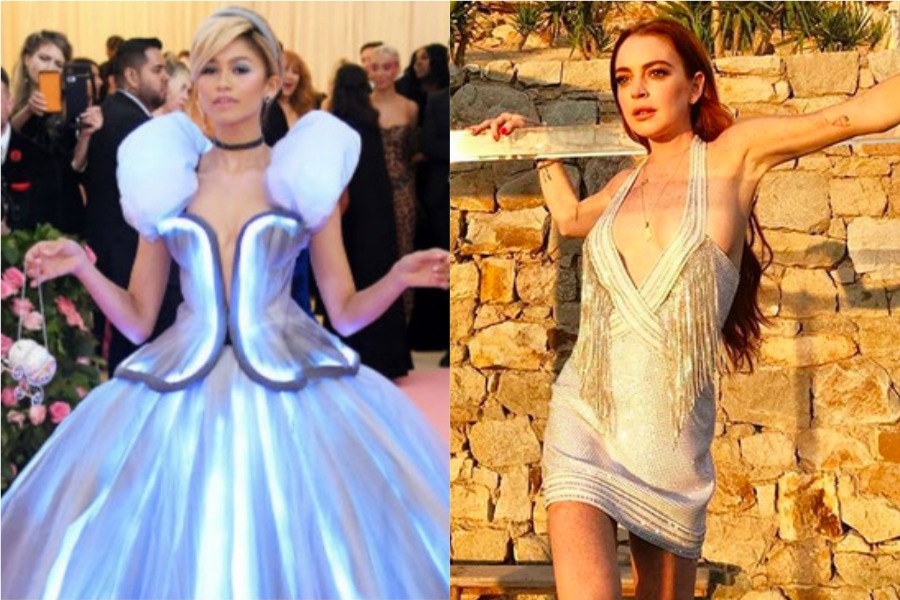 These were Lindsay Lohan’s criticisms of Zendayafor dressing like Cinderella, and that’s how she responded!

Zendaya left open-mouthed more than one when she showed up at the Met Gala looking just like Cinderella when she attends the kingdom dance, and although many of us loved how the actress looked, not everyone agreed!

After seeing Zendaya as Cinderella in the post of an Instagram user, Lindsay took the opportunity to give her point of view: ” Claire Danes already did that with Zac Posen. Claire Danes, you wore that dress so beautifully that I do not know why anyone thinks it can be chicer. Never. “

At the 2016 Met Gala, actress Claire Danes came looking identical to Cinderella with this beautiful dress that shone in the dark:

Now, Zendaya has finally responded to Lindsay Lohan’s criticisms of her outfit …

” I was not hurt by that and it did not sadden me because I have no idea what that person is going through. Maybe in some strange way, that comment made her feel better that day. People are only negative because negativity is devouring them . ” revealed during an interview for The Daily Telegraph.

What do you think of the way Zendaya responded to Lindsay Lohan?

The witches of American Horror Story season 8 are revealed in photos!