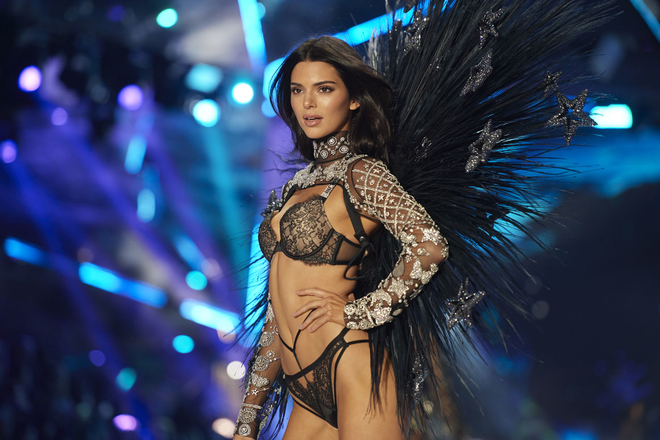 Do not be fooled by appearances … The surreal glow of the Victoria’s Secret Angels is not the result of a highlighter. The official make-up artist of the show, Charlotte Tilbury, has indeed resorted to other techniques to raise the glow complexion without glitter effect, and created a look she called “sunset Ibiza” “. Zoom.

Gloss, foundation, sparkling eyeshadows … Each year, makeup artists from the Victoria’s Secret showcase rely on a variety of embellishers to create the ultra-sexy make-up look of the Angels. Despite what one might think, discovering the ultra healthy complexion of tops, Charlotte Tilbury , in charge of the make-up booth of the show, did not use a highlighter this year. The reason ? Not enjoying her glittery effect, the stylist of the parade, Sophia Neophitou-Apostolou , simply banned her! The make-up artist must have found a trick to reveal a super glowy complexion, but that does not sparkle. One week before D-Day, she took the lead and sent each mannequin the hydration mask recordInstant Magic Facial Dry Sheet from its eponymous brand to prepare their skin. The day of the parade, Charlotte Tilbury opted for a superposition of products: the illuminator Wonderglow of Charlotte Tilbury , followed by a little foundation and concealer background. To magnify glow, the make-up artist used her Hollywood Flawless base that she mixed with her Magic Moisturizer. A final touch: the tan Filmstar Bronze & Glow and a combination of cream blush Beach Stick hue Las Salinas and tan cream Beach Stick hue Ibizaplaced on the cheekbones and the bridge of the nose. A must for the official make-up artist of the parade who declared ” I want it to look like a sunset on Ibiza “.

Simple and Funny Stuff by Paint 3000

Who was at the after party at the Victoria’s Secret 2018 show in New York?

Nails with transparencies to combine with casual outfits

How to make an effective homemade peel without hurting your skin