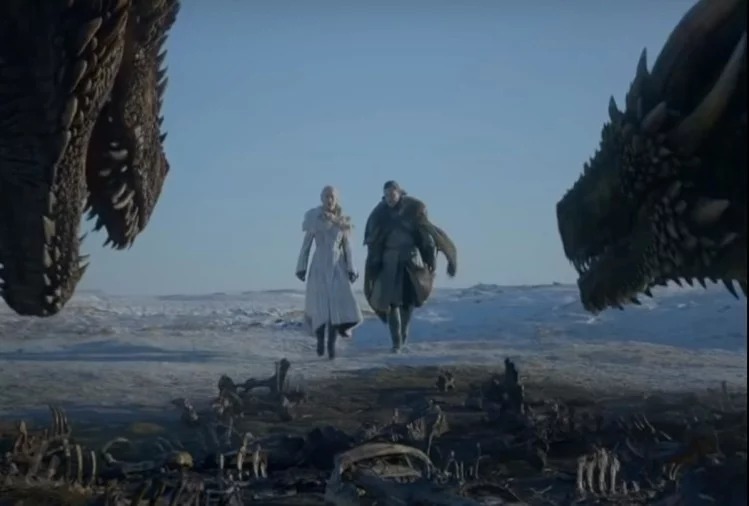 TV channel HBO’s famous drama series ‘Game of Thrones’ has always been in the discussion. So far seven seasons of this series have been broadcast. All season viewers of ‘Game of Thrones’ have liked a lot. Now the trailer of the last season of Game of Thrones has been released. The fans had been waiting for it for a long time.

At the beginning of the trailer, Arya Stark appears disturbed and talk to someone. The dragon has reached Stark’s Winterfall. The fight with White Walkers is going to be tremendous this time. In the trailer, Stark Sister, John Snow, Jamie and Denny’s Tangierian dragons can be seen ready for battle.

Earlier, 16 photographs related to this show were released. These photos were released by Magazine Entertainment Weekly. Magazine also shared many special things in the eighth season with the special pictures of the show. Director David Nutter said about the show that the fans would not be disappointed with it.

The eighth and last season of ‘Game of Thrones’ will be in front of the world on April 14. Season 8 of the series will have 6 episodes. Season 8 on Miguel Sappochanic, David Nutter and D.B. Directed by such great directors as . Let the world know that the game of thrones is more popular than any other series.

Let us tell you that all the seasons of ‘Game of Thrones’ are not only super hits, but it also has made headlines in the drama series. Hence, in the prime-time Emmy Award, in 2018, it was awarded the Best Drama Series. ‘Game of Thrones’ made a total of 6 awards in addition to makeup, costumes, music and action scenes in the Emmy Awards 2018.