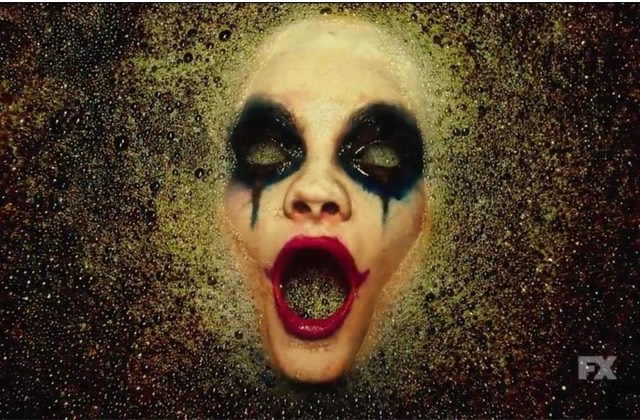 American Horror Story will be coming back soon for a season 8, a kind of crossover between seasons 1 and 3. In the meantime, here is a first photo that makes fans of the world quiver …

You know if you regularly read the headings cinema and series: I like the horror.

There is not a film that goes out without me seeing it and that I dedicate a big part of my time to read all the reviews, to explore the filmography of each actor, and to write articles about it on Thewebfry.

Unfortunately, if the cinema is populated by horror movies, the series is less prominent in this genre.

Moreover, in the small batch of horror series offered by the television channels, only  American Horror Story really finds favor with my eyes.

And since a crossover was announced between seasons 1 and 3 I’m thrilled.

The Return. Cordelia, Stevie and Misty casting a bewitching spell.

So YES it’s light as information. But at this stage of impatience, everything is good to take, especially a photo. I can not wait to see where the writers are going this time to take us.

Last season was such a nice surprise for me, I hope that the team will not fall back into its old ways and will use anything on all floors, as in seasons 5 and 6.

In any case, this picture posted on the Instagram account of Ryan Murphy has made emulators and triggered all the passions in the fans of the series.

And for good reason, we see for the first time the witches Cordelia, Stevie and Misty together again.

What to beat my little heart bruised by the wait …

A new trailer has just been released for American Horror Story, season 8!

What to feed our impatience by the release of this season 8 which looks promising, September 12! So, what does he inspire you?

Last week, we learned that season 8 of AHS is actually a crossover between seasons 1 and 3. A happiness for those who dreamed of finding themes/issues/characters past.

So, when will the reunion?

AHS will return forever more horrible events on September 12, on the FX channel.

I do not know you, but I’m really looking forward to it because it’s one of my favorite series in that it belongs to my favorite genre: horror.

OMG! I’ve waited for this for so long…

American Horror Story 8: a crossover on the program 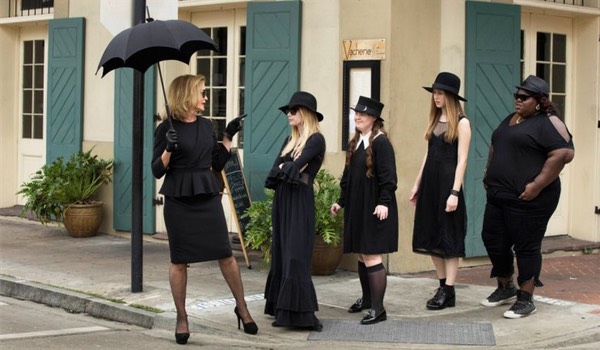 If you’re a fan of the series created by Ryan Murphy and Brad Falchuk, you’re probably nostalgic about the first seasons, which I think were the best.

So this news should rejoice you.

Know that the season 8 of the very cult American Horror Story series will actually be a crossover between season 1 ( Murder House ) and season 3 ( Coven ).

Ryan Murphy announced the big news on his Twitter account. He also said that this crossover will not happen next year, but this year.

Best news in the world.

According to the American site Collider, the star actors  Sarah Paulson,  Evan Peters, and  Kathy Bates will be back on the screen.

I’m jubilant. However, still no Jessica Lange on the horizon. A sad news since the actress was a pillar of the first seasons.

The series is no longer the same without it.

But that does not matter, I can not let his absence begin my happiness.

Come on, see you in September to see if this crossover will live up to our expectations.

Several months ago ended season 7 of American Horror Story. As usual, she divided the viewers.

Some exulted. For them, these few episodes were the best ever created. In that they were closer to us, our reality, the news. Finally, especially for Americans.

American Horror Story, back on the last season

For others, American Horror Story: Cult was neither more nor less than a huge mess barely organized.

I am part of the first group. America as a nightmare after the election of Trump: the idea was fascinating.

Ryan Murphy has thought of his series not as an anti-asshole pamphlet, but rather as a big question mark:  what might the nightmare of a megalomaniac billionaire’s life look like?

This makes the TV product even more frightening as it brings reality and the possible into fiction.

Ryan Murphy looks his audience straight in the eyes across the screen and asks the question: would the worst horror story be  “the American horror story”?

I let you meditate on it.

SHORT. Of course, the anthology series does not intend to rest on its laurels.

She will deliver us a season 8 eagerly awaited (well, I’m waiting for it anyway). And already, the information pierces.

After being interested in the present in season 7, Ryan Murphy and his team should look to the future, and try science fiction, according to the American website Digital Spy..

Also, the Refinery website reveals that the AHSLeaks network, specialized in leaks, have noticed a crisp and especially unpublished info.

A new trademark has been filed for “American Horror Story: Radioactive”. Could this be the name of the next season? #AHS8 👀 pic.twitter.com/xSG1SKfRAo

Which is … largely significant. This eighth season would be called  American Horror Story: Radioactive.

The range of possible scenarios is then very wide. But already, the machine starts. We finally give grain to grind the mill of our imagination.

So what’s going to cause it? Do we start betting?

Iodine deficiency may be the reason for infertility and pregnancy