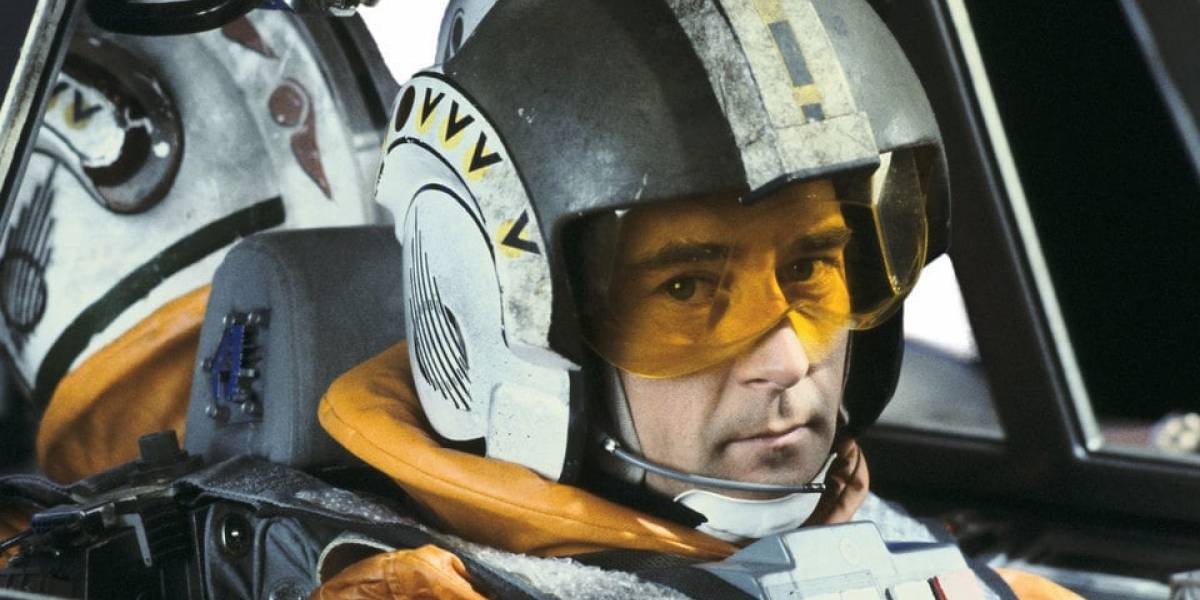 Do you remember General Veers or the great Labria of the Mos Easly tavern? We present this gallery of “B” characters from Star Wars.

Star Wars celebrates another special day this Saturday, May 4th. And to remember all the fans of the saga, we wanted to gather in this post all those forgotten characters from the original trilogy from 1977 to 1983, that is, they made appearances in “A New Hope”, “The Empire Strikes Back” and “The Return of the Jedi”.

But the characteristic of these characters is that they are secondary or very secondary in the great majority and that they were still alive or presumably after “The Return of the Jedi” and that they never appeared in the films of the saga.

The forgotten side of Star Wars

Bib Fortuna: He is from the Twi’lek spice and was the right hand of Jabba de Hutt in his palace. It was his consiglieri and he appeared in episode VI.

Boshek: Corellian pilot and smuggler who introduced Chewbacca to Obi-Wan Kenobi in episode IV in the Mos Eisley canteen.

Captain Needa Captain in charge of “The Avenger”. Ship that fought in the battle of Hoth and then went on the hunt for the Millennium Falcon in the asteroid field, losing sight of it and having to explain to Darth Vader.

Derek Hobbie Klivian Pilot of the rebel force that fought in the Battle of Hoth flanking Luke Skywalker.

Figrin D’An was the lead rocker of the band of all the Bith “The Modal Nodes”. His skillful interpretation of Kloo Horn for the band earned him the nickname “Fiery” Figrin. Playing their most recognizable melody in the Mos Eisley canteen, they were briefly interrupted when Obi-Wan Kenobi attacked Ponda Boba and Dr. Cornelius Evazan.

General Riekkan:  Veteran of the Clone Wars, tired of the battle, Carlist Rieekan served the Alliance in its fight against the Empire, commanding the rebel forces in Hoth. Rieekan was a native of Alderaan.

General Tagge:  Born in the wealth and privilege of Tepasi, General Cassio Tagge served as chief of military operations aboard the first Death Star. Tagge was not aboard the Death Star when it exploded over Yavin; Recognizing that Tagge had been right about the rebel threat, the Emperor promoted him to Grand General and put him in charge of the Imperial military.

General Veers:  General Veers led the Imperial assault on Hoth, marched with his AT-AT walkers across the frozen plains of the planet and destroyed the massive generators that power the Rebel base’s protective energy shield.

Jan Dodona:  General Jan Dodonna serves as the military leader of the rebel base on Yavin 4.

Joh Jowza:  A hairy Yuzzum with a great presence on stage and an even bigger voice, Joh Yowza sometimes sang with the Max Rebo Band. Appears in “The Return of the Jedi.”

Lobot:  Lobot, Calrissian’s assistant and Cloud City’s computer liaison officer. Lobot is a human man with a bright device that improves the brain that is around the back of his skull and that allowed him to directly contact the central computer of the city.

Major Bren Derlin:  A rebel officer with a mustache, Bren Derlin, came from Tiisheraan. He was appointed the head of security at the Echo Base on Hoth. He survived the Battle of Hoth and led a rebel ground unit during the Battle of Endor.

Malakili:  Malakili, a corpulent human, took care of Jabba the Hutt’s pet collection, including the prized mascot Rancor of the Galactic gangster. He was surprised when Luke Skywalker killed his monstrous friend and cried for his disappearance.

Moff Jerjerrod:   Tiaan Jerjerrod was responsible for supervising the construction of the second Death Star on the forest moon of Endor.

Momaw Nadon:  An exile from the planet Ithor, Momaw Nadon was a rebel sympathizer who cultivated a garden hidden in the mountains south of Mos Eisley. Nadon was in the Mos Eisley canteen when Luke Skywalker and Obi-Wan Kenobi arrived in search of a pilot who could take them to Alderaan without attracting imperial attention.

Paploo:  An Ewok scout expert, Paploo joined friends Wicket and Teebo to guide the Han Solo rebel commandos team to the site of the shield generator that protects the Death Star in orbit.

Ponda Baba:  Ponda Baba, a burly Aqualish thug, trafficked spices for Jabba the Hutt with his friend Dr. Cornelius Evazan, a former killer surgeon he had rescued from a bounty hunter. Ponda was one of the alien barflies who escaped the heat of the twin suns of Tatooine when Luke Skywalker and Obi-Wan Kenobi visited the Mos Eisley canteen.

Salacious Crumb:  A Kowakian monkey-lizard with a shrill laugh, Salacious Crumb sat on the dais of Jabba, stealing chunks of food and imitating the Hutt, his courtiers and visitors.

Wedge Antilles:  It is perhaps the most ignored hero of Rogue Squadron of the saga. A survivor of the entire original trilogy. A young Corellia rebel pilot, Wedge Antilles, survived the attack of the first Death Star to become a respected veteran of the Rogue Squadron. He piloted a snow speeder in the Echo Base defense on Hoth and led the Red Squadron in the rebel attack on the second Death Star on Endor. In real life, he is the uncle of Ewan Mcgregor, the young Obi-Wan Kenobi.

Wickett Warrick:  Wicket W. Warrick was the young and brave Ewok who voluntarily joined the Rebellion and helped in the battle against the Empire on the forest moon of Endor.

Kardue’sai’Malloc aka Labria:  Devaronian man who was a patron of the Cantina de Chalmun on Tatooine shortly before the Battle of Yavin. Kardue’sai’Malloc was a cruel army captain on his home planet, Devaron, who committed deadly crimes. He fled from his evil past and one of the highest rewards of the galaxy and lived under the alias of Labria in Mos Eisley on Tatooine. , where he tried to pass as an important informant. He was, in truth, a terrible spy.

5 Original ideas to decorate the door of your room

Create a pajama that comes with a built-in puff