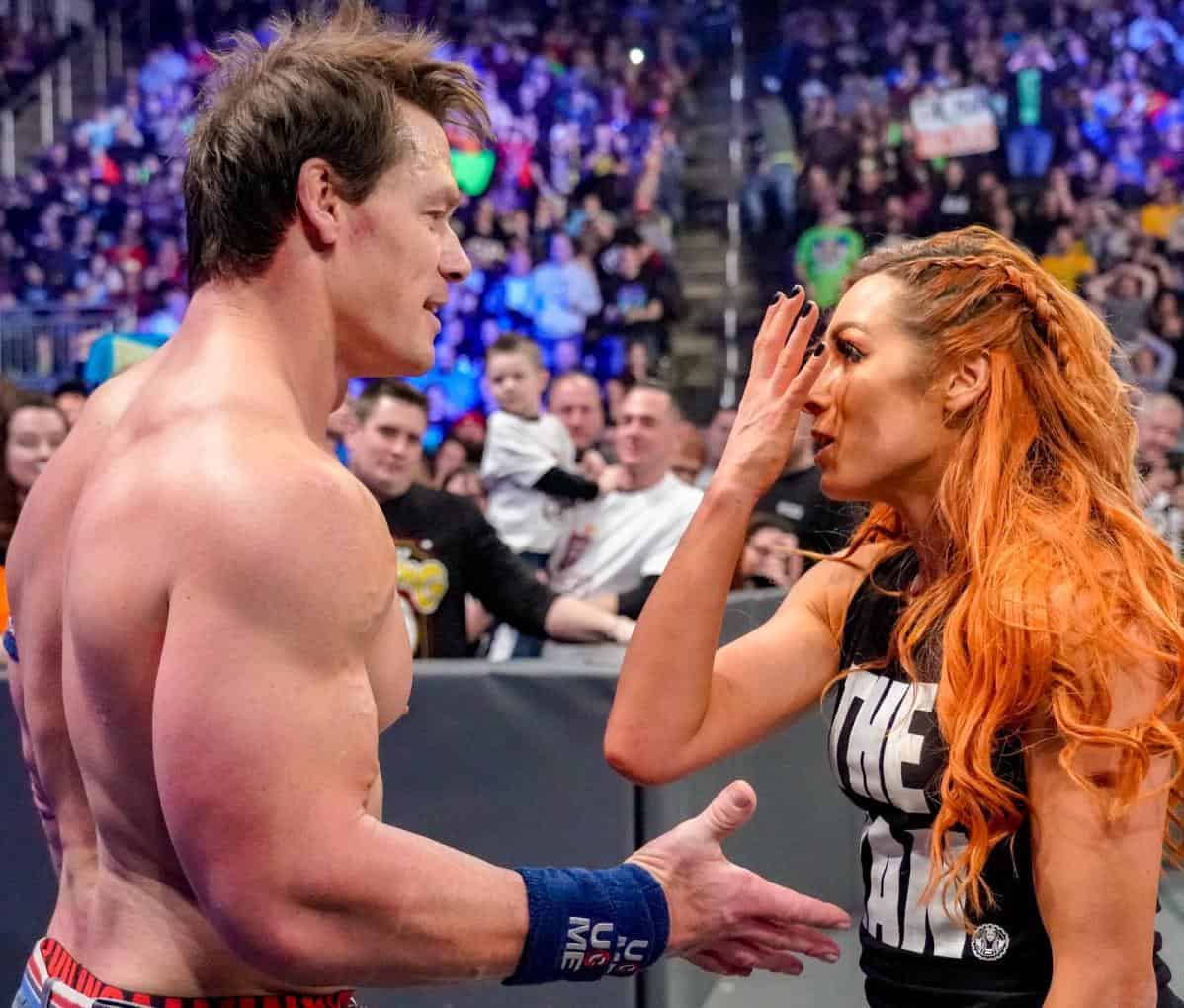 A few days away from Wrestlemania 35, the event seems to be in jeopardy after John Cena and Becky Lynch decide to file a complaint against an employee of  MetLife Stadium, home to the world’s biggest stage this year.

A few minutes ago, many sources reported that the two Stamford Company Superstars, along with WWE lawyers, petitioned Michel Centrolophus, the stadium’s special events logistic manager, for a withdrawal from his twitter account compromising elements involving both wrestlers.

According to the plaintiffs, Centrolophus has obtained a great deal of evidence that the company’s 2 stars were engaged in the guilty and scandalous pleasure of taxidermy in New York State.

In this American state, the stuffing of animals is formally forbidden since a law of 1689 passed by the founding father, intimate Lincoln, Lucius Lepidonotohen, and is punishable by 20 years of imprisonment.

Fervent vegan and fan of the new Daniel Bryan, the zealous employee has widely disseminated for a few minutes photos and videos amount Cena and Lynch shamelessly emptying a Thunnus Alalunga, scientific name of the South African Koala, listed for 10 years ” Koala the most duped  by the blind, all that before stuffing him with fresh straw in the belly.

Full of blood, with a smile on his lips, John Cena does not hesitate to cover his muscular torso with the blood of the poor beast. A butcher shop. Becky Lynch, she, appears furious, then insulting “No one” Koala she donned the little name of Ronda “Fake” Rousey. Serge Karamazov says he does not see the report.

Shocked to see their private life displayed in public, while it is very popular to eat Koala in the South-North-West-East part of the big apple, the two Superstars have decided to react to restore their honor.

New York State Attorney Jean-Pierre Pécheur said he was very concerned about the situation. Wanting to pull the line of this file, to trace the net of the truth, he decided to investigate the case, suggesting that WrestleMania could be impacted by his investigations.

WWE officials made the decision to hold an emergency meeting that day at the Stamford company’s premises to assess the risks of canceling the show. For the moment, the journalists on the spot argue that the event would be in serious danger.