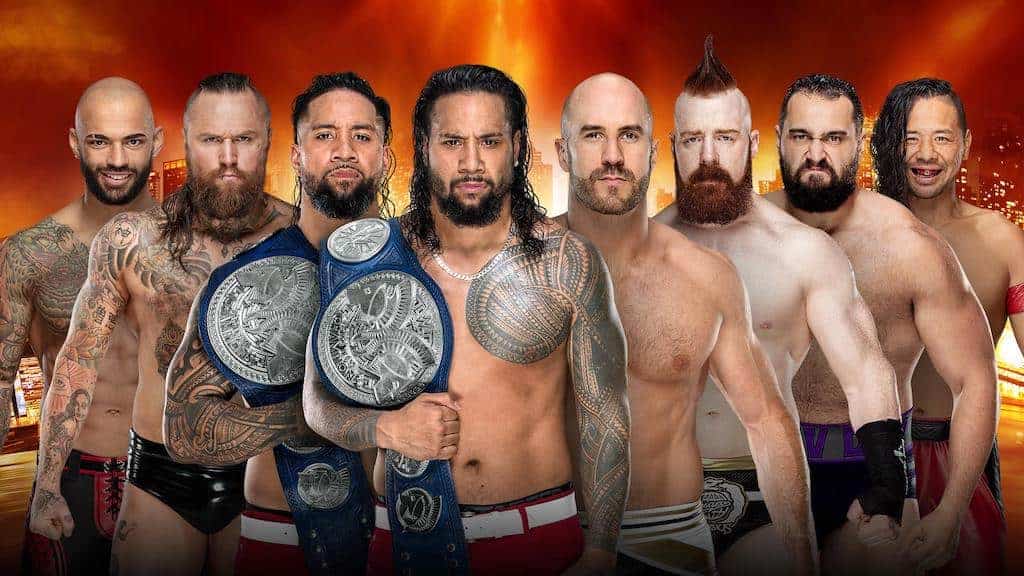 The matches at more than two Superstars or teams are numerous this year at WrestleMania 35. Usos will defend their title of SmackDown champions in a Fatal 4-Way.

As they beat Shinsuke Nakamura, Rusev and The Bar with Aleister Black and Ricochet, the blue brand champions were announced on Tuesday night at SmackDown Live by Alexa Bliss, host of WrestleMania, that they would face all three other teams this Sunday to defend their belts.

A match decided because of their package against the New Day last week to allow Kofi Kingston to go face Daniel Bryan. A nice gesture that was not going to be inconsequential as explained by Alexa Bliss.

This match will also allow Aleister Black and Ricochet to have a title-shot for all the WWE men’s team championship titles in one week: Monday, RAW versus the Revival, on Saturday, NXT against the War Raiders after winning last week the Dusty Rhodes Tag Team Classic, and Sunday those of SmackDown.

That brings the WrestleMania 35 card to no less than fifteen games.