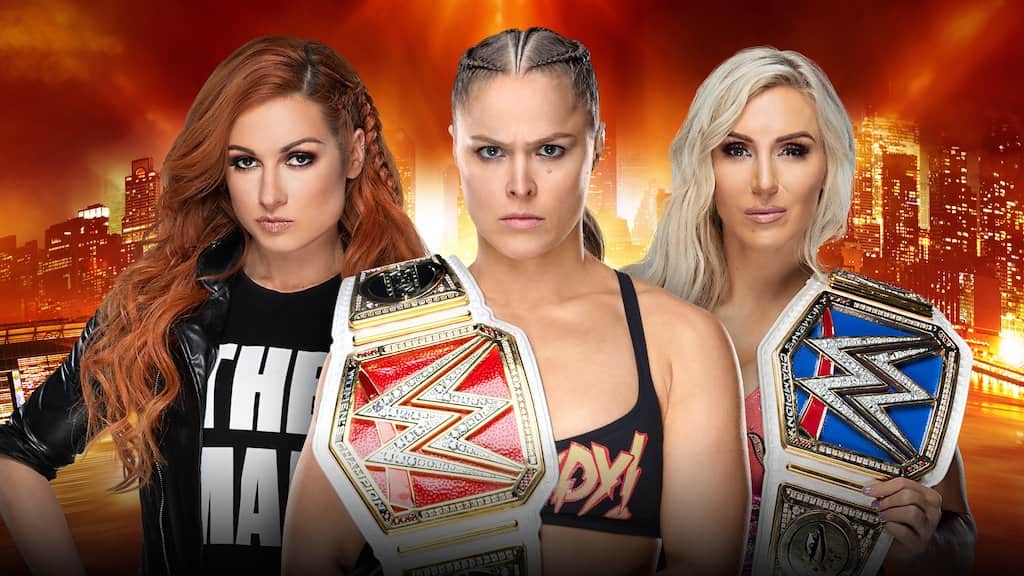 Now that Charlotte Flair won the SmackDown Championship title last week, this title will also be in play in the main event of WrestleMania 35 on Sunday.

After earning a chance as a SmackDown champion, Charlotte Flair defeated Asuka in the last episode of SmackDown Live to become the new title holder of the blue brand.

Stephanie McMahon made an opening announcement Monday Night RAW Monday. The WWE Vice President announced the addition of the “Winner Takes All” stipulation for Sunday’s main-wind, which will see the winner return with the titles of RAW and SmackDown.

On this same Monday Night RAW episode, Charlotte Flair, Becky Lynch and Ronda Rousey had to team up to face Riott Squad in a three-on-three matchup. A match that ended with the victory of the three main-fan but continued with their arrest.