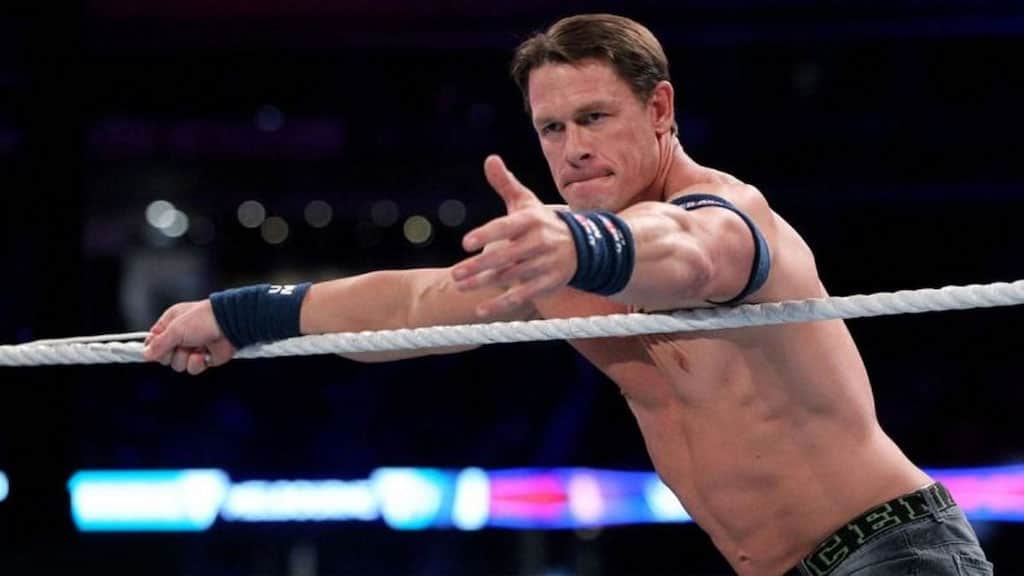 John Cena is in great shape and would not participate in WrestleMania 35? No, we do not believe it either. There is a week left before the event and the field still has nothing planned, not even a match.

There was talk of a match against Lars Sullivan in a Monday Night RAW rivalry , but Sullivan was suddenly removed from the rings and screens for reasons that are not yet clear, and the false injury – which most of all allowed John Cena to go on the set of his next film – was attributed to Drew McIntyre.

For the moment the most insistent rumor about John Cena’s participation in WrestleMania 35 sees him take the place by surprise of Baron Corbin against Kurt Angle in the final match of the Hall of Famer’s career . A confrontation that makes sense for both wrestlers since Kurt Angle was the first opponent of John Cena in 2002 at SmackDown. Problem: The Wrestling Observer departs this Saturday this hypothesis.

Still according to the news site John Cena has agreed with WWE for a match on April 7 at MetLife Stadium. His opponent remains to this day still a mystery if one relies on the Wrestling Observer. The assumption of a rematch against the Undertaker after their clash last year is also excluded, it is obviously not on the program this year.

Maybe we will have some details in the Monday Night RAW episode of this Monday, the last one before the big event next Sunday.

15 Tips from celebrities to take advantage of the ‘oversized’ trend