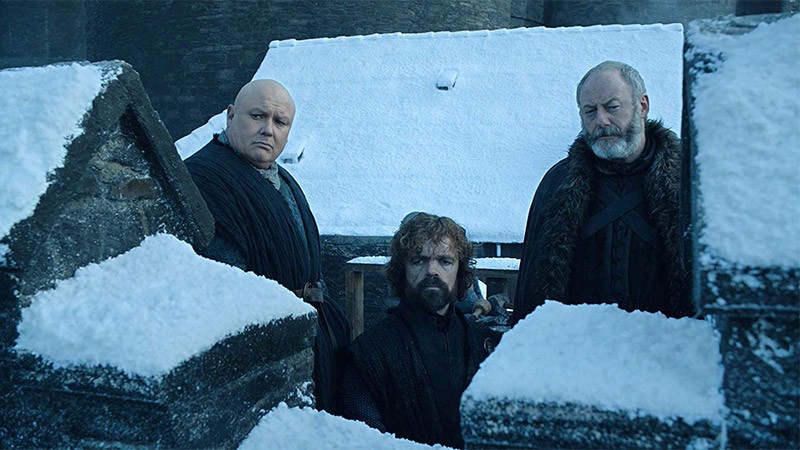 According to George RR Martin and a study from the University of Albany, the series can also be thought from the point of view of climate change

In 2018 Geroge RR Martin gave an interview to The New York Times and clarified one of the theories that were already circulating among the followers of the series: that Game of Thrones can also be read as an allegory on climate change.

“There is, in a very broad sense, a parallel to the issue , the Westeros inhabitants are fighting their individual battles between power, status and wealth, and they are so distracted that they ignore the threat that” winter is coming “. , which has the potential to destroy them all and destroy their world. […] While we are also fighting and fighting among ourselves, there is also the threat of climate change, which, in my opinion, is amply proven by the 99.9 of information and the scientific community. “

It is clear that in real life we ​​are also being part of a change in Earth’s climate. Thus, the portal LiveScience wondered what would happen if the winter really lasted many years, as happens in the series.

” It depends on the causes, ” answered Christopher Walcek, a senior researcher at the University of Albany and the Research Center for Atmospheric Sciences. In this regard, Walcek explained that the axis of the Earth has a slight inclination to make its rotating movement around the Sun.

A winter that lasted for years, Walcek explained, could happen if the Earth rotated in a different orbit, farther from the Sun or, well, if it stopped spinning around the Sun completely, let’s say, in the month of February.

“If this last happened, it would mean that the northern hemisphere would be permanently away from the sun, the days would be short and the nights long, there would be many more snowstorms and this would begin to accumulate because we would not have summer.”

According to Walcek, if we had a long winter like in Game of Thrones , “it would cause important changes in the ecosystems”.

Another consequence of a climate change of these proportions would be that plants and animals would evolve to get used to the lack of sunlight and the limited availability of energy. If winter lasted millions of years, Walcek declared, “we would have another Ice Age, but without seasons.”

Love horoscopes for May: ready for fiery romances?

14 Moving stories of animal rescue during fires in California