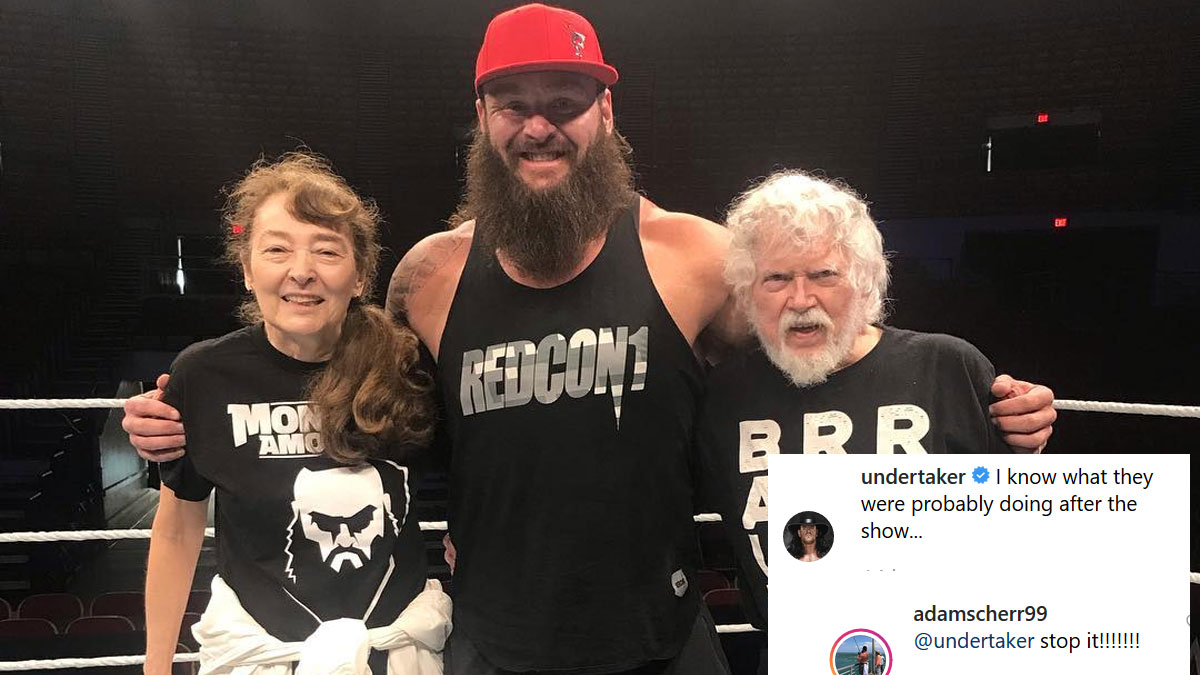 The legend Undertaker is a new recruit of the Instagram sphere: he joined the social platform in July 2018. Today Undertaker has responded to a publication of WWE Superstar Braun Strowman and everything seems to believe that the Deadman wanted to troll the “monster among men”.

While Strowman posted a post on Instagram stating that this was the first time his grandparents had the chance to see him fight in person, Undertaker replied in a comment:

” I know what they were doing probably after the show … ”

What Strowman responded to:

A bad taste joke missed by the Undertaker? Good question, but it remains a very strange public exchange.