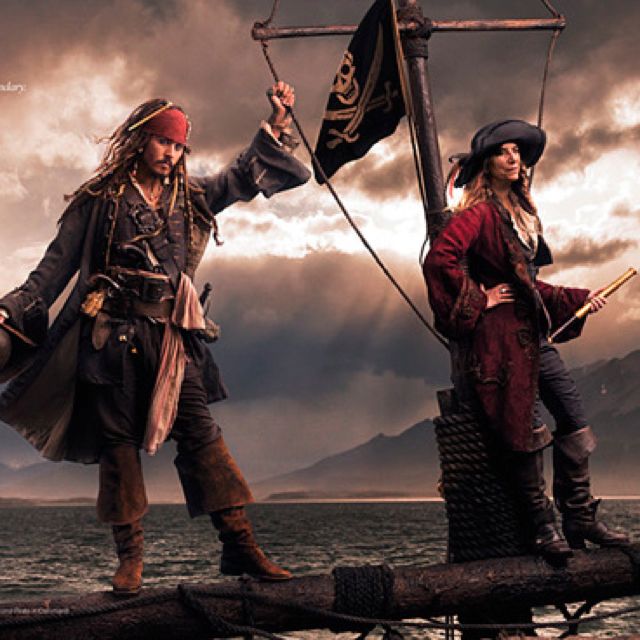 Pirates are a bit like knights: they fascinate. Kids and adults alike love to be the outlaws of the seas and it’s even worse since the worldwide success of the Disney franchise with Johnny Depp. Films that have revived piracy, shedding light on areas of the Caribbean today stormed by tourists. But precisely where to go when you love pirates? Journey in 10 steps …

In the past, Port Royal was the true capital of piracy. It was here that most of the British naval actions were decided in the West Indies. Victories were celebrated there, and bad things were fomented. Many French and Spanish ships paid the price. It is therefore not for nothing if the saga Pirates of the Caribbean takes place in part.

It was during the golden age of pirates, in the seventeenth century, that the activity was the strongest on this island shaped turtle. Many French buccaneers (the island then belonged to France, before being returned to Haiti) and Spanish lived there and it is still possible today to learn a ray about them by exploring the region.

This island saw the confrontation of many pirates, much to the chagrin of the indigenous populations who were often caught between several fires. Several ships were damaged on its shores which thus saw their batch of deadly battles. Pirates of the Caribbean was shot there.

The capital of the Bahamas was a landmark for many famous pirates like Blackbeard and Jack Rackham, aka Calico Jack. Pirates who, because of their number, forced many natives to leave the island, leaving the field free to the most total anarchy. Later, the British government launched an operation to subdue or destroy the pirates. This did not prevent him also from using those who agreed to make an agreement to attack the Spanish and French boats. In Nassau where pirates are everywhere today for the pleasure of tourists.

A major commercial port in the 16th century, Havana was regularly targeted by pirates, who tried to burn it several times, forcing the Spanish government to install fortifications.

It is strongly recommended to dive close to the coast of Barbados which saw a lot of ships run aground. Now inhabited by fish, these wrecks are an amazing playground for explorers … And too bad if we do not find only boats of the sixteenth.

It is rumored that this island, often frequented by Blackbeard and his men, hides a fabulous treasure. For those who believe it hard, it seems unthinkable that the famous pirate did not leave some of his wealth before dying somewhere on this island today considered one of the most important natural sanctuaries. the precious Caribbean.

A post shared by The Budget-Minded Traveler (@thebudgetmindedtraveler) on Aug 28, 2018 at 12:08pm PDT

8. St. Vincent and the Grenadines

The Disney saga has given this island a rather new celebrity. Several scenes of Pirates of the Caribbean were indeed shot and today, you can eat in pirate restaurants and drink rum like Blackbeard while there is a priori no evidence of its passage on the island. .

Many say that the pirates are responsible for many of these “mysterious” disappearances that made the reputation of the place. An area located between Florida, Puerto Rico and Bermuda, the famous triangle is still subject to many fears, despite the disappearance of pirates as represented by the movies.

Are you not too focused on the high seas or the exploration of distant islands? The Pirates of the Caribbean attraction, which inspired the films (and not the other way around) remains a good alternative to immerse yourself in the world of piracy. You can also remake the entire series of video games Monkey Island but this Disney ride remains the perfect solution. Knowing that in addition, we do not have to stuff for more than two hours Johnny Depp’s cabotinage …

When to go to a dream destination?