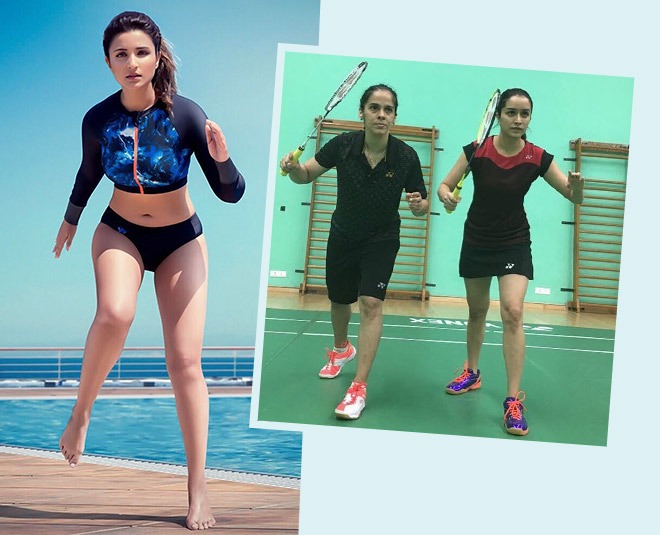 In the year 2018, Bollywood actress Shraddha Kapoor started shooting for Saina Nehwal’s biopic. Shraddha started to take training to look perfect in the roll. But only a few days after starting the shoot, she became dengue. After this, the news came that Shraddha will start the film shoot in April. But now according to new reports, Amol Gupte is going to take Parineeti Chopra instead of Shraddha Kapoor in this film. Bhushan Kumar is the producer of this film.

According to the sources, it was taken because of the Tight schedule of Shraddha Kapoor. Earlier, Shraddha Kapoor and Saina Nehwal had also shared a picture in which both of them were looking for training together. Both were also doing net exercises together. Shraddha Kapoor wanted to take it for herself entirely for this role, she was taking training to play Badminton.

When Shraddha Kapoor was having problems with Dates, Deepika Padukone’s name was also being discussed, but in the end Parineeti Chopra’s name was finalized.

If you talk about Shraddha Kapoor, she is busy shooting for ‘Chhichore’ and ‘Street Dancer’at this time. Not only this, her film ‘Saaho’ is going to be released in August with veteran actor Prabhas of South India. Shraddha and Tiger Shroff will also be seen in the new incarnation of ‘Baghi 3’. According to sources, even after adjusting Shraddha Kapoor’s adjustments, Saina was having trouble getting a bit of a biopic and for this reason, Shraddha had to leave the film. However, there is no question of any dispute regarding this because the two sides have taken a decision with mutual consent.

New actress Parineeti Chopra for Shraddha Kapoor’s biopic has liked the film’s script and soon she will start preparing for it. Producer Bhushan Kumar also confirmed this. According to media sources, Bhushan Kumar was planning to release this film by the end of this year and release it in early 2020. That’s why they decided.

That’s what the Gossip Girl cast looks like today!