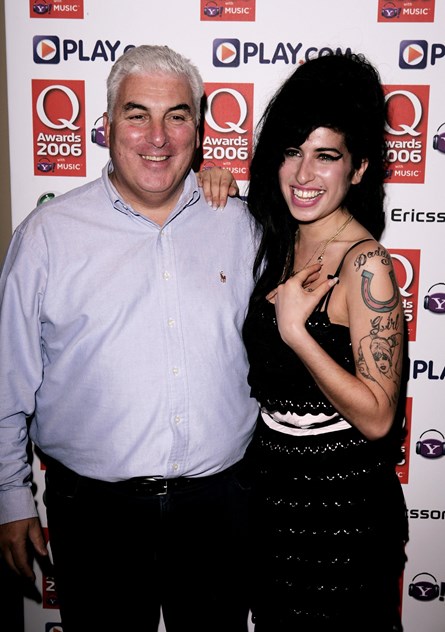 There are a lot of celebrities with difficult childhood contexts, from parenting, such as Jennifer Anniston or Amy Winehouse, to abusive relationships like Michael Jackson and Ariel Winter. Always with a positive message, the stars have come back to their lives for the better.

Drew Barrymore and her mother, Jaid Barrymore: The actress became known only seven years after her role in ET Steven Spielberg’s The Extraterrestrial, The mother abused several times of the daughter’s fame and at only 11 years old Drew already consumed drugs and alcohol. At 14, the actress was hospitalized for attempting suicide. Unrelated to her father, the actress emancipated herself with only 14 years, but last year she published on the social networks a photograph with her mother, now 72 years old with the description: “Proud. Me and my mother. On Mother’s Day! ”

Selena Gomez and her mother, Mandy Teefey: in 2014, the singer fired her mother, who was her personal assistant. Because of the relationship between Justin Bieber and Selena, Mandy moved away from her daughter. After not speaking for a year, they rejoined to produce the Netflix 13 Reasons Why series. Teefey went on to publish two Instagram posts about her daughter’s personal life and to condemn her participation in Woody Allen’s film A Rainy Day in New York during the #MeToo era. In 2018, and due to Selena’s health complications (which included a kidney transplant), her mother and daughter again came close

3 – Meghan Markle and his father, Thomas Markle: after announcing their relationship with Prince Harry, Markle’s father spared no criticism of his daughter. Thomas accused Meghan of leaving the family in Los Angeles and on the eve of the royal wedding he made an agreement with the papparazi to sell them private photographs of the ceremony, which he did not go to. In early 2019, the Duchess wrote him a five-page letter asking her to put an end to malicious comments and criticism of Harry, but his father ignored all his appeals and published the letter, continuing to explore the relationship with daughter in interviews

Jennifer Aniston and her parents, John Aniston and Nancy Dow: the daughter of a Greek actor and an American actress, Aniston became one of Hollywood’s golden girls, but her childhood was not so easy. The father left Jennifer and her mother and their lives changed drastically. The actress later told her family that she had several financial difficulties and that she did not have a good relationship with her mother

Ariel Winter and her mother, Crystal Workman: The Very Modern Family actress became independent at the age of 15, accusing her mother of years of physical, verbal and emotional abuse. Without a present father, Winter’s mother forced her to become an actress at the age of four, and Winter accuses her of sexualizing her. “If I had to shoot nude scenes [at the age of 12] my mother would have said 100% yes,” she told Hollywood Reporter magazine in an interview explaining her complicated relationship with her mother. At age 15, he got his sister to be his legal guardian and since then he has not spoken to Workman. In the photo, Winter celebrates Mother’s Day with a photo of her sister

Macauly Culkin and his father, Kit Culkin: Known for his famous role in Alone at Home, the actor had about 50 million euros in the bank before reaching the age of 15. Even before the drug-related problems, Macauly had a difficult life. At the age of four, he was forced by his father to participate in more than 9 films and dozens of ads. The actor accused his father of physical and verbal abuse and even prosecuted his parents so that they would cease to be their legal guardians

Michael Jackson and his father, Joe Jackson: the band Jackson Five, made up of Michael and the brothers, had to rehearse day and night to please their father Joe, who beat them with a belt or a cable. After the huge success of Thriller, Michael dismissed the father of his manager and was so afraid of him that he had to bring a third person to sign the papers. Although the singer accused his father of verbal and physical abuse, the two became very close in the last years of Michael’s life

Amy Winehouse and his father, Mitch Winehouse: At only nine years old, the singer’s father left the family and forever marked the life of Amy, who has been drinking since her teenage years. After an overdose in 2007, the singer’s friends asked Mitch to take her passport, but he declined because Amy had to start a tour in the United States. Even as the singer’s vices became increasingly apparent, her father refused to admit her to a rehabilitation clinic stating that she was well – a subject that spawned the theme ‘Rehab’

Arundhati Roy: “The negotiation of my freedom began at age 16”