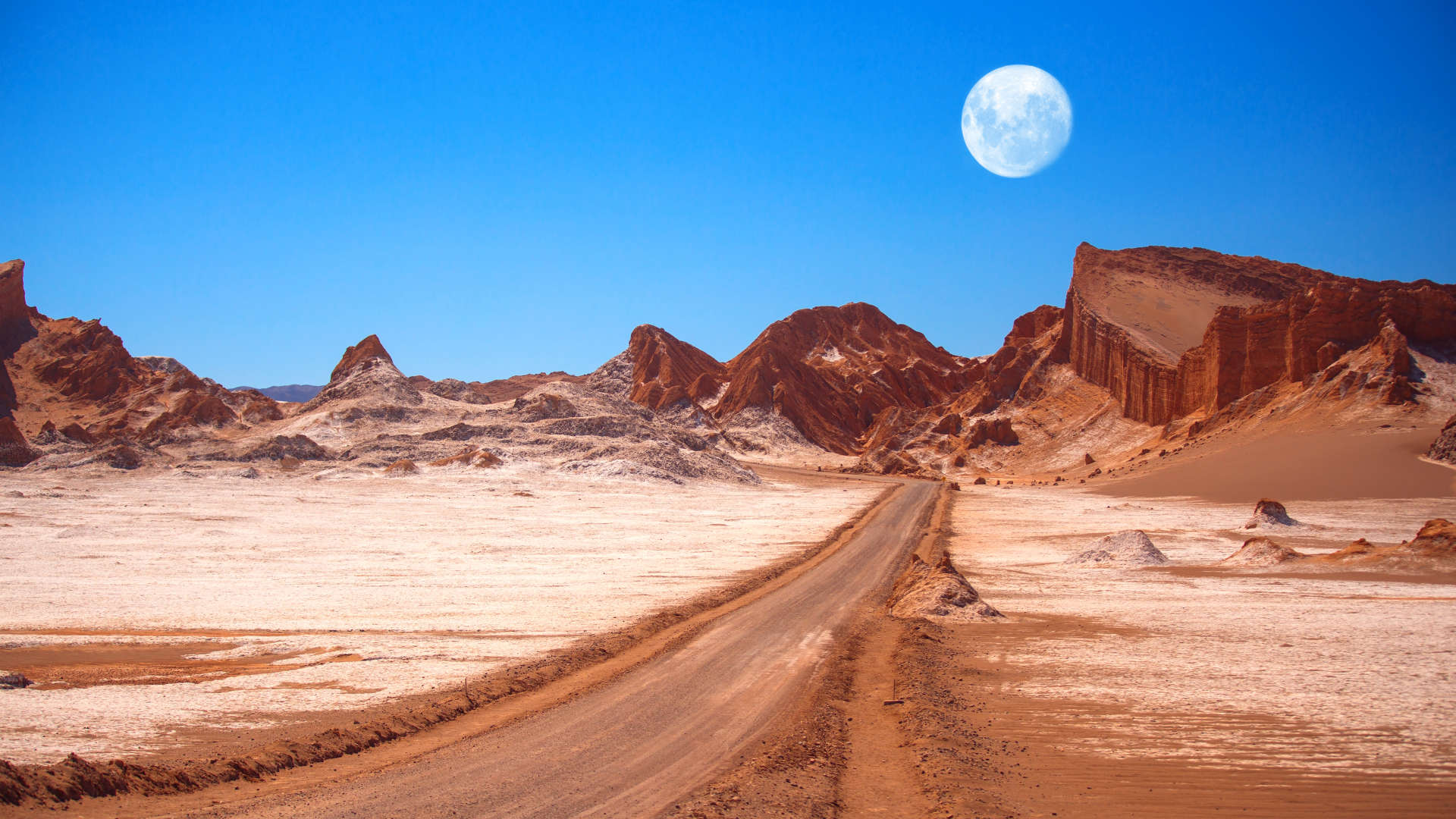 The idea of traveling in space, to discover other planets, has all touched our minds one day. Fortunately, the Earth is so vast and full of so many spectacular landscapes that you do not have to own a Space Shuttle to admire them!

Click and contemplate these panoramas so majestic that they seem supernatural!

Wadi Rum, Jordan – It’s like being on Mars, but this desert is very real.

Wadi Rum, Jordan – Also called “Valley of the Moon”, Wadi Rum is a plain carved in sandstone and granite.

Jokulsarlon, Iceland – The colors of this glacial lake have nothing to do with what we usually find on Earth.

Jokulsarlon, Iceland – Its frozen beach and volcanic sand reveal a surprising contrast with the ice blocks that are stranded there.

Spotted Lake, Canada – Located in British Columbia, the spots on the surface of this lake consist of minerals. The numerous deposits of magnesium sulfate, calcium and sodium sulfates in the water are responsible for these fascinating circles.

Antelope Canyon, USA – The shape of this rock is the result of thousands of years of erosion, by water, hence its curves and meanders.

Vajolet Towers, Italy – In Val di Fassa, in the Dolomites, the Vajolet towers are composed of six peaks.

Peyto Glacier, Canada– Among the Canadian Rockies in Banff National Park, the turquoise appearance of this lake seems to have come straight from Neptune. Its extraordinary color is due to rock flour carried by streams from glaciers.

Salar de Uyuni, Bolivia – This sublime picture was taken in the largest salt desert in the world. This area is composed of 10 billion tons of salt and covers an area of ​​more than 10,360 km².

Saskatchewan, Canada – About 10% of this grassland and Canada’s boreal province is freshwater from rivers, ponds and over 100,000 lakes.

Glowworm Grotto, New Zealand – One would swear to contemplate the Milky Way but these Waitomo caves are all earthly. These light effects are caused by thousands of bioluminescent larvae that release streaks of glittering mucus. Disgusting? Maybe, but the result is spectacular!

Namib-Naukluft National Park, Namibia – This park is home to red sand dunes and skeletons of trees. As long as we can not send men to Mars, we will have to be satisfied with this red planet, just as sublime.

Historic Area of ​​Interest in Wulingyuan, China – Located in Zhangjiajie, this majestic landscape features thousands of sandstone columns. These rock formations are the natural version of our skyscrapers.

Socotra, Yemen – These extraterrestrial-looking trees are found on the Socotra Archipelago. The dragon tree of Socotra is an endemic species on the island. Its red sap represents the ancestor’s dragon blood and is still used today as a dye or varnish.

Grand Prismatic Spring, USA – This famous spring of Yellowstone National Park has an incredible color. Pigmented bacteria and microbes in hot, mineral water give it that out-of-the-ordinary appearance.

Moon Valley, Chile – If you have not yet planned to visit the Moon, why not opt ​​for the Moon Valley in Chile?

Lencois Maranhenses National Park, Brazil – Between the dunes of this national park are valleys that each year fill with water during the rainy season and make the places unforgettable.

Juliana Paes reveals that she will present a program on television

These 10 places are just incredible