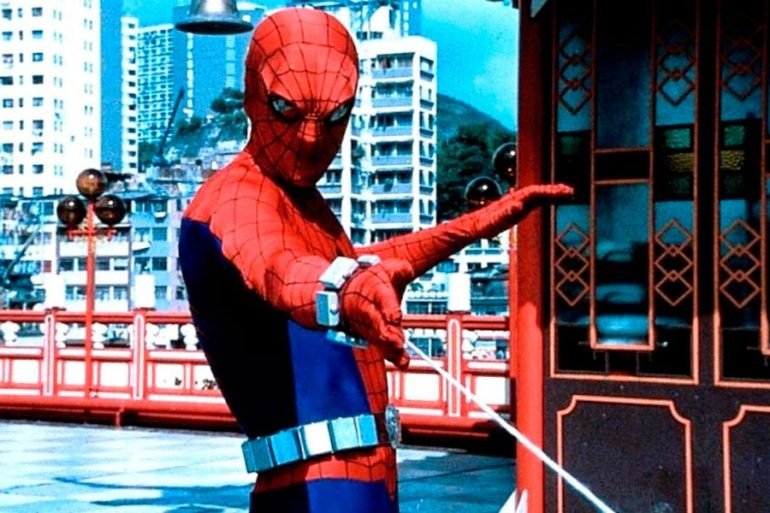 Today we can not imagine a cinematic panorama without Spider-Man. Wow, the massive success of superhero movies today would not be possible without his 2002 film, directed by Sam Raimi. It is such an integral part of the pop culture of the last twenty years, that Tobey Maguire is often called the first, best and only version of the treasures. They usually forget, or ignore, that Spider-Man existed in 1977.

The seventies were still about to become a peculiar era for superheroes. It was a year before Lou Ferrigno became the green mole in the series The Incredible Hulk. In terms of layers and meshes, the decade would be defined by Richard Donner’s Superman, also from 1978.

Marvel Comics, meanwhile, was going through a good moment of popularity. The publisher could afford to experiment even in new media, such as radio and music. In 1975, Stan Lee narrated a radio series of Fantastic Four, and Spider-Man had his own album: Rock Reflections of a Superhero . It is not a joke.

For the superheroes of static vignettes, making the leap to movies or television was (and still is) as the Holy Grail. Spidey would be among the first to do it with Spider-Man from 1977 … but this was not the first appearance of the arachnid on TV or on celluloid.

Spider-Man “came” to the movies in the sixties … although he did it unofficially. Donald “Don” Glut, who later made a career as a television screenwriter and some novelizations, directed a film of the arachnid in 1969.

He starred in his film fan of Spider-Man, which used a mixture of basic tricks (like putting the camera side) and rudimentary animation stop-motion to tell their story. This one faced Spidey with an original villain, Dr. Lightning.

The alter ego of Peter Parker would make his next appearance in live action in 1975, during a series of humorous sketches for the fourth season of The Electric Company educational series.

These sketches, titled Spidey Super Stories, had a minimum of action and presented Spider-Man chasing the guilty of petty pranks, rather than real crimes. The protagonist spoke in text bubbles, contrary to the rest of the characters. Yes, it’s as bad as it sounds.

Spidey Super Stories preceded Spider-Man from 1977 for two years, so there are those who consider it the “real” debut of the character in live action.

For others, on the other hand, the real first appearance of Spider-Man came with the live action of 1977,  because it was a real movie … more or less. Directed by EW Swackhamer (whose credits include The Flying Nun and Law & Order ), the film premiered in movie theaters in several territories, but in the United States, it premiered only on television. He served as a makeshift pilot for the 1978 Amazing The Spider-Man series.

The film followed Peter Parker ( Nicholas Hammond, of The Sound of Music ), with the story of origin that we all know. Endowed with incredible skills by the bite of a radioactive spider, Parker had to stop an extortionist hypnotist (Thayer David), who threatened to cause mass suicide if he did not receive several million dollars.

That’s right: there was no Green Goblin, no Doctor Octopus, no Mysterio. The antagonist was a hypnotist who could manipulate the masses at will. Something very similar to what we see with Kilgrave (David Tennant) in Jessica Jones.

Naturally, given the technical limitations of the time, the special effects were quite basic, and for this reason, the action was very restricted. Although appreciated today for being Spidey’s first film foray, the reality is that it looked like a B-series kung fu movie.

“If Spider-Man had to be on the 90th floor of the Empire State Building, the team had to take the elevator, open the window and say ‘OK, Nicholas, you’re going,'” Hammond recalled in an interview prior to the release of Spider-Man. of 2002. “There were no computer tricks or effects.”

When the pilot aired, he shot the CBS ratings. “On the first day of filming, I spent all day in my trailer and went out dressed like Peter Parker, with his ugly corduroy jacket and camera on his neck,” Hammond said. “Almost immediately, about 500 people stopped and began to look at us. They called me ‘Peter’ or ‘Spidey’. Suddenly I realized that people were watching this, they liked it and they were excited, “explained the actor.

The CBS did not take long to authorize the production of a television series. The first season, of only six episodes (counting the film as a pilot) aired during 1978. The first two episodes, The Deadly Dust parts 1 and 2, were released in European theaters as a film entitled Spider-Man Strikes Back.

However, when the series continued with its second season, between 1978 and 1979, the furor had passed. The production did not have characters from the comics, beyond James Jonah Jameson (David White and Robert F. Simon) and Aunt May (played by different actresses in each episode). With several superhero productions also in its programming (such as Ferrigno’s Hulk and The New Adventures of Wonder Woman, with Lynda Carter), CBS feared being perceived “merely” as a superhero channel, so it canceled the arachnid series. The last episodes were grouped and released in Europe as the movie Spider-Man: The Dragon’s Challenge of 1981.

Spider-Man of 1977 was a milestone to mark the film debut of the superhero, at least in part. Bringing life to the trepamuros was an achievement at the time, and the creator of the character, Stan Lee said that “on a technical level, I think they did a good job. The scenes of him climbing the walls … in those days, they did not have the means that exist today, so they did it quite well. “

However, it was very clear to say that the series as a whole simply did not like it. “I feel that those who made the series in live action left out the essential elements that made the comic popular,” Lee said. “They removed the humor. They removed human interest, personality, characterizations and personal problems. “

We could say that “the rest is history”, but there were some more stones on the way. Tōei, the company responsible for the tokusatsu special effects series, began producing the Supaidāman series in 1978, with everything and giant robots. By the eighties, however, the failure of Superman III augured that the moment of superhero film had passed.

In the meantime, the now defunct Cannon Films acquired the rights to the character of Marvel Comics, and a Spider-Man movie was planned whose script went through several drafts. In one of them, Peter Parker was transformed into a human spider. In another, Otto Octavius ​​was played by Bob Hoskins and would be Parker’s mentor played by Tom Cruise (yes, seriously). It was thought of Katharine Hepburn for Aunt May, and Stan Lee wanted to be JJ Jameson (yes, very seriously). The project would change hands several times and even came to pass James Cameron. Times changed for Marvel Comics and, in the nineties, he started selling his characters’ rights to film studios to get out of bankruptcy.

We know that the story ends with Sam Raimi at Sony Pictures, but the anecdote remains of how the studio acquired the rights. In 2018, it was announced (via The Wall Street Journal ) the story of “the day that would end up defining the future of superheroes in cinema.

The executive Yair Landau, of Sony, met with the then head of Marvel, Ike Perlmutter because they wanted to assure the total film rights of the franchise, not only for distribution on DVD. Perlmutter offered the studio all the characters of the publisher, from Iron Man to Ant-Man, for 25 million dollars.

Landau took the offer to his bosses at Sony. The answer? “Nobody gives a shit about the other Marvel characters. Go and negotiate only for Spider-Man. “

Two decades later, we can say that Sony did not handle very well the responsibility that came with its great power. With the failure of The Amazing Spider-Man 2 of 2014, the studio had to find another agreement with Marvel Studios. The rest, now, is history.

The Shoulders Routine of Captain America

3 yoga exercises for professionals, and 3 for beginners