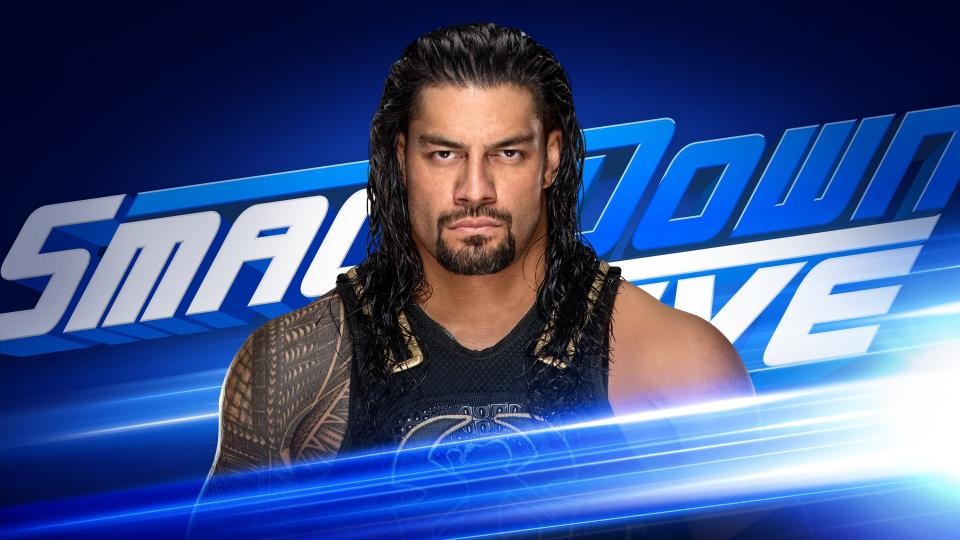 Shane McMahon is the first to come on stage. He says he does not have much time, and he comes to talk about what  Roman Reigns did to WWE President Vince McMahon. He says that his father is one of the most important people who has ever lived and that Roman has committed a serious offense in attacking his father. He shuffles the options of what he would have to do with him, whether to fine him or directly fire him, but says he has a better idea and orders him to join her in the ring. Elias attacks Roman from behind, and although Reigns tries to resist, the two-on-one advantage ends up overwhelming him. Elias applies the Drift Away and escapes with Shane.

Kayla Braxton interviews  Kofi Kingston, who says he is moved by all the support received by the WWE Universe. He wishes you a quick return to Big E and congratulates  Kevin Owens for becoming an official member of  The New Day.

Andrade “One Hundred” Souls (with Zelina Vega) vs Finn Bálor
Finn Bálor starts with several punches, but when he tries to subdue Andrade’s legs, Zelina distracts him and the Mexican responds with a  slap. When returning from commercials, Finn connects a nudge and goes by the  Coup de Grace, but Andrade interrupts and pulls a  hurricanrana. Finn responds with a punch and a dive suicide, Zelina is thrown from the third rope to attack Finn, but he dodges it and Almas is the one who catches Zelina. This causes a distraction that Finn uses to connect  Dropkick and  Coup de Grace.
Winner: Finn Bálor via pinfall.

Elias is in the garage playing a song. Elias challenges Roman Reigns to a fight in Money in The Bank. Shane McMahon appears, says it seems like a great idea and invites Elias to accompany him in the car.

The Iconics make their entrance and perform a promo. Billie Kay mocks Paige’s new girls. Peyton Royce says that tonight will cause the first defeat of Kairi Sane on SmackDown Live.

Kairi Sane (with Paige and Asuka) vs. Peyton Royce (with Billie Kay)
Kairi counteracts Peyton’s first punches, then connects a  Spear and ends the fight with a  Flying Elbow.
Winner: Kairi Sane via pinfall.

After the fight,  Mandy Rose  and  Sonya Deville  go out to confront Paige.

Jinder Mahal interrupts to make his appearance along with The Singh Brothers. We go to an advertising court and upon our return, we are introduced to Aleister Black, who makes a promo from a room in the pavilion. Aleister says he can not explain the complexity of his character.

Chad Gable vs. Jinder Mahal (with The Singh Brothers)
Before the match starts,  Lars Sullivan attacks Chad from behind and then climbs into the ring to demolish the Singh Brothers. Jinder escapes and it is  R-Truth who goes out to confront him but receives a  powerbomb sitout.
Abandoned combat.

Charlotte Flair is next on stage and says that in the main event of WrestleMania three of the best women fought each other in both titles. Charlotte accepts that Becky Lynch has won, but remember that the one that received the count of three was  Ronda Rousey, not her, so she demands that Becky appear to snatch her titles. Lynch appears, and Charlotte tells her that after she defends her titles against  Lacey Evans, she wants to be next in line. Bayley interrupts the discussion. She says that she also wants an opportunity, so she challenges Charlotte to a duel to choose the next challenger to Lynch’s title.

Bayley vs. Charlotte Flair
Bayley begins with a padlock and then begins a series of fists to match with a guillotine. Send Flair to the canvas and apply two lariats. Charlotte recovers with a kick to the knees and then tramples Bayley. Both exchanges slap and Bayley continues with an iron and an attack with elbows. Charlotte dodges the second elbow and pulls out a  lariat. When returning from commercials, both exchange chops Flair leaves better stop. He goes for a  moonsault but Bayley raises his knees. The “Hugger” follows with an inverted suplex, and then a  lariat, but Charlotte responds with a  lariat, an attempt of  Figure 8 Leglockend then a  spear to end the fight.
Winner: Charlotte Flair via pinfall.

They show us again the promo of the new Bray Wyatt broadcast on Monday Night Raw. Next, Kevin Owens makes a new Big E style presentation to make way for New Day members.

Kofi Kingston (with Xavier Woods and Kevin Owens) vs Shinsuke Nakamura
Shinsuke starts with a lock to the chin, but Kofi responds with a nudge and a  flying clothesline. They go for a  test of strength, and Nakamura applies kicks to the tibias. Kofi continues with a  superkick and an iron from the springboard. Nakamura responds with a lever to the arm and an armbar, but Kofi pulls out a  scissors kick, and when he goes for a  dive suicide, Nakamura runs, kicks his face and then knees the back of the head, jumping from the edge of the ring. Shinsuke takes him to the ring, tramples on him, and then gives him a submission on the back. They leave the ring, and Shinsuke connects a baseball slide to the nape. He goes for a kick to the rib, but Kofi takes his leg and sake with a flip. He continues with a  thrust kick, but Nakamura dodges and once goes to trample Kofi, but he locks him up and 1 … 2 … Rusev appears to attack Kingston from behind while he covers Nakamura, ending up the fight.
Abandoned combat.

Xavier Woods and Kevin Owens go out to help Kofi, dispatch Nakamura, and Rusev, who run away. However, Xavier is hit by Kevin himself, who takes off the New Day shirt and  BEGINS KOFI KINGSTON. Kofi receives more stomps until Xavier arrives to save him, and Owens walks off on the catwalk.