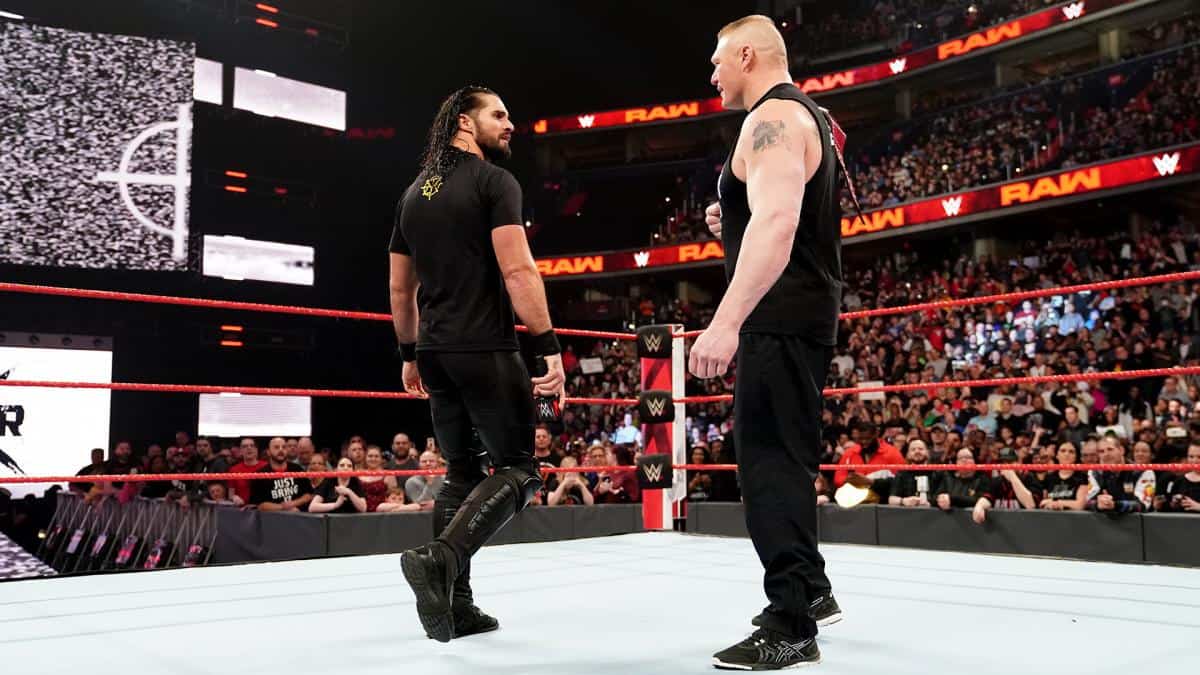 This Monday we attended the last RAW before WrestleMania 35. Several segments marked the evening including that between Brock Lesnar and Seth Rollins. The two men will compete this weekend for the title universal and the pressure begins to slowly rise. If “The Beast” had had the upper hand over the Shield member in recent weeks, things changed in the April 1 episode with a raging Rollins who put his opponent on the ground.

However, according to Dave Meltzer, the last meeting between the two wrestlers before WrestleMania did not end like that. Indeed, Lesnar should have destroyed his opponent once again but Vince McMahon would have changed everything just before RAW. The goal was obviously to show a Seth Rollins able to compete with the universal champion and thus revive the interest around this rivalry.

Will Seth Rollins succeed where Roman Reigns failed last year. We will know in a few days when WrestleMania 35will take place on the night of April 7th to 8th.