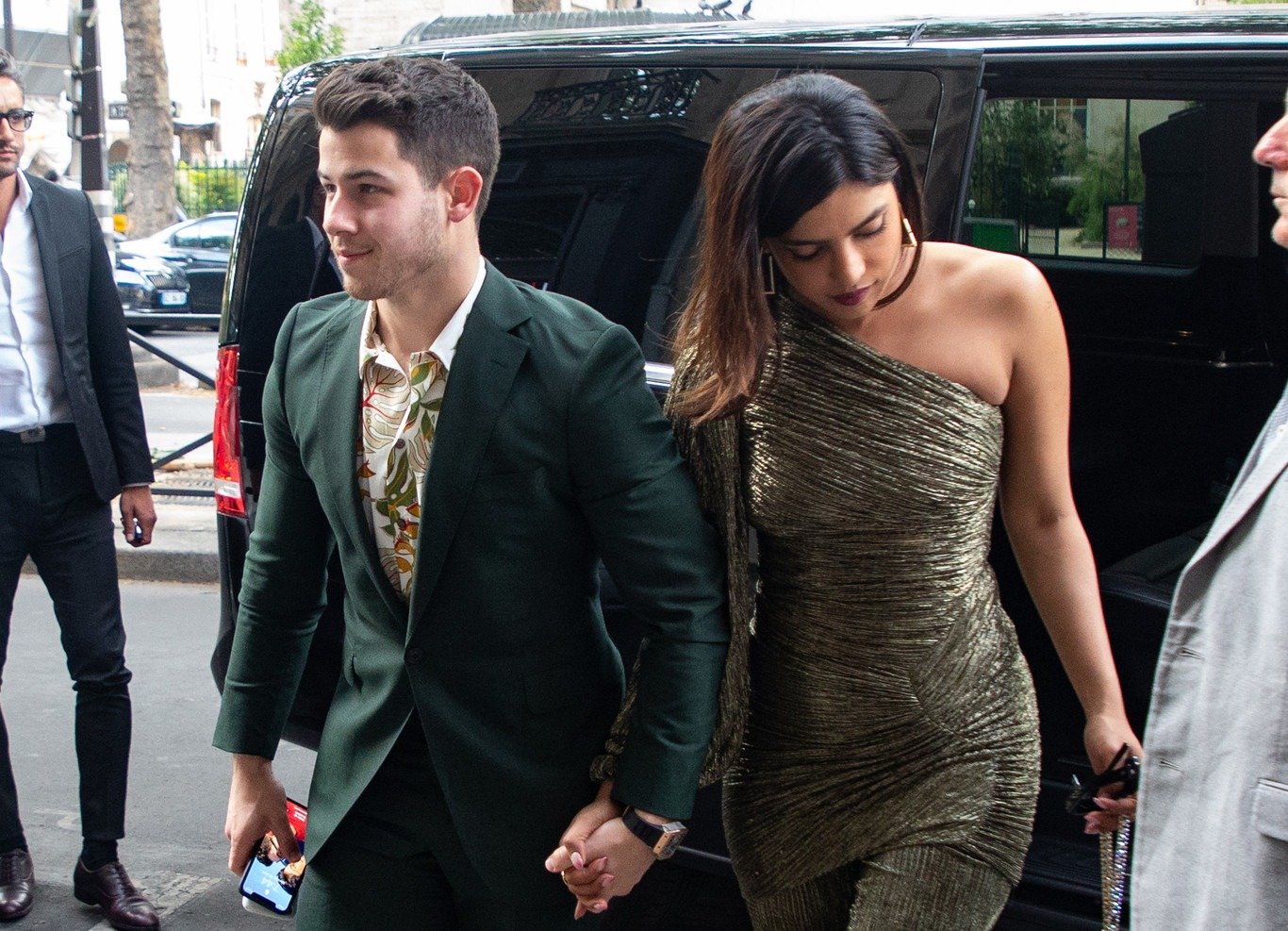 These last days, Priyanka Chopra and Sophie Turner are in Paris with their respective Jonas husbands where they have been seen spending leisure time in the city of love, even on the banks of the Seine, leaving looks that are well worth seeing more closely.

Yesterday night, we could see how both marriages went out to dinner together, which is why the actress took the opportunity to wear this golden Peter Pilotto design, with a draped body of the asymmetric neckline, puff sleeve, combined with flare pants of the same black strappy fabric and sandals.

In the afternoon, Priyanka left us with a much more summery look with this long crossdress by Markarian in coral tones laden with ruffles, which we already know are perfect to wear during this summer season.

For its part, another of the looks with which we have seen these days has been with this jumpsuit V-neck very pronounced in charcoal gray   Alberta Ferretti, combined with one of the bags of the moment, the Tote de Dior and boots white of Jimmy Choo.

For her part, Sophie Turner does not fall short with the looks chosen during this trip to Paris, such as Jacquemus’ design that she wore for the nightclub dinner, a super sexy white shirt dress that she combined with black patent leather high boots.

For the walk on the Seine, Sophie opted for the comfort of black jeans, white shirt and boots where the yellow laces charged all the limelight.

Meanwhile, another of Sophie’s outfit was marked by a plaid blazer, Dior shirt with the message “We Should All Be Feminists”, jeans shorts and white sneakers. The perfect look to tour the city if the heat does not press too hard.

Finally, we have to make special mention of this look that Priyanka has worn in Paris and which we had already seen in Sophie. A design by Victoria Beckham that both sisters-in-law have dressed, each in her own style, but equally perfectly.

What clothes to wear during summer holidays: a look for each destination