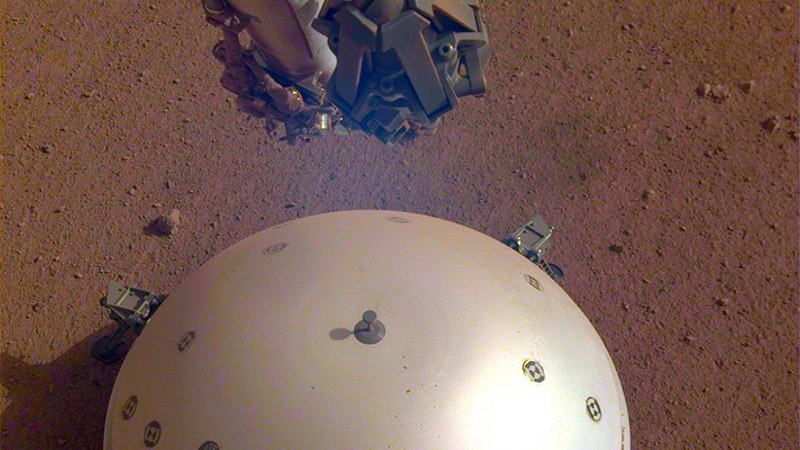 The space module InSight detected vibrations on the surface of the red planet, which they have described as the first event of “Martian seismology”.

The event marks a new era for NASA’s Mars research. The InSight space module recorded and recorded the audio of an earthquake on the red planet for the first time.

The “marsquake” (“marsquake”, as NASA has called it) was detected by SEIS instruments (Seismic Experiment for Interior Structure) on April 6, the Martian day 128 of the module on the surface, and was the first recorded that has an origin in the interior of the planet, in contrast to those that are generated by external factors, such as wind or projectiles.

The quake was too small to provide solid information from the interior of Mars, which is one of the objectives of the module. The surface of the red planet is extremely calm, in contrast to the terrestrial one, which has activity due to the oceans and climate.

” The solar day 128 event on Mars is exciting because it has the size and duration that fits the earthquakes that detected Apollo missions on the lunar surface,” said Lori Glaze, director of NASA’s Planetary Science Division.

The astronauts of the Apollo mission installed five seismometers that recorded hundreds of movements during their operation on the Moon, between 1969 and 1977. NASA plans to return astronauts to the Moon in 2024.

The first thing you see reveals what’s important to you