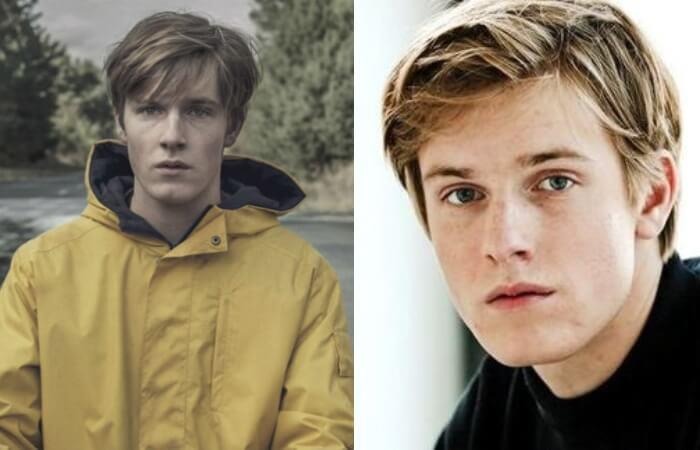 Meet the handsome actors who play Dark’s mysterious characters on Netflix, this series is based on the present and future past of a small city.

Netflix is ​​the streaming giant, it has become the favorite of many people thanks to its spectacular series and its unusual stories, this time we will talk about ‘Dark’ a German series produced by Netflix, this series has two seasons and It has become the best science fiction, drama and mystery series.

This series premiered on December 2017 and the second season was released just two months ago, if you are one of those who have seen this series you will know that their characters are usually very mysterious and there are even some that can cause you to be very scary like ‘ Noah ‘or’ Ulrich ‘or’ The Stranger ‘.

However, behind all that characterization there are really attractive people, and here we are going to show you some images and we will also tell you a little more about them.

Mark Waschke: The actor who plays ‘Noah’ is a renowned German theater actor, has appeared in many productions, however, who led him to world success is his aforementioned character, in addition, many fans have noticed its beauty outside your character. And is that at 47 he remains beautiful.

Louis Hofmann: Dark’s young German actor is 22 years old and at a young age he has won an award for best supporting actor for his role in the movie ‘Land of mine’. Now he has the role of ‘Jonas’ in this successful series.

Andreas Pietschmann: What we are going to tell you are not going to believe it, the German actor is 50 years old, as you read it, many would believe that apparently younger, however, it has become the favorite of many girls, what will happen with the Jonas of the future in the third season?

Stephan Kampwirth: The German actor has appeared in more than 90 films and is now a success in the Dark series with his role as ‘Peter Doppler’ the actor who does not appear his age is 52 years old.

Peter Benedict: The actor who gives life to Aleksander born in Switzerland and is 52 years old, many of the fans indicate that he is the only actor who has a great resemblance to his character from the past that is played by Béla Gabor Lenz.

How to make bangs without cutting your hair