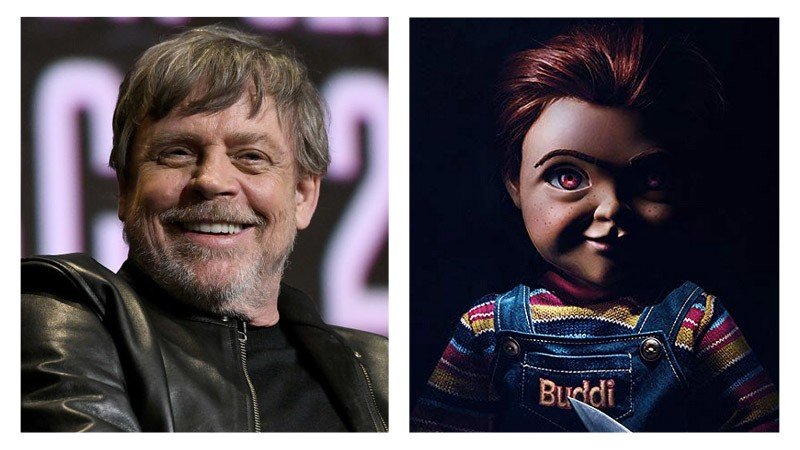 The interpreter of Luke Skywalker will be the voice of the reboot on the diabolical doll.

Two weeks ago we announced the casting of Mark Hamill to interpret the voice of Chucky in Child’s Play (2019), news that millions of people in the world applauded. Today, after no details were known about his participation, the interpreter Luke Skywalker shared the first look of the new ‘diabolical doll’.

The social network on which the announcement was given was Twitter, a platform on which Hamill is a loyal user with 3.1 million followers. Here, the actor shared the image with the phrase:

He is more than a toy … He is your best friend. Chucky’s first look is here. Do not miss Child’s Play in cinemas on June 21

In the photograph that accompanies the post appears the doll with the label “Buddi” on the overalls while holding a knife.

What we know about the recordings is that Chucky will have a closer approach to reality by the use of technology; and as for the plot, the lethal toy arises when a Chinese factory worker removes the limitations of violence in one of the dolls.

Beyond the weapon that sustains, will have the current tools of artificial intelligence to scan the features of those around him, but above all, the child who bought it. This is thanks to the company Kaslan Corporation, which will do it ” more than a toy, your best friend “.

Directed by the Norwegian Lars Klevberg, has the performances of Aubrey Plaza and Gabriel Bateman to play Karen and Andy Barclay, mother, and son, who will suffer the losses that the toy will cause. For her part, Karen works in one of the stores that sell this type of doll and steals the piece damaged by the employee.

Influential couple puts his life in danger for an Instagram photo

Couples who drink together are happier

Emmy 2019: these are all the nominees