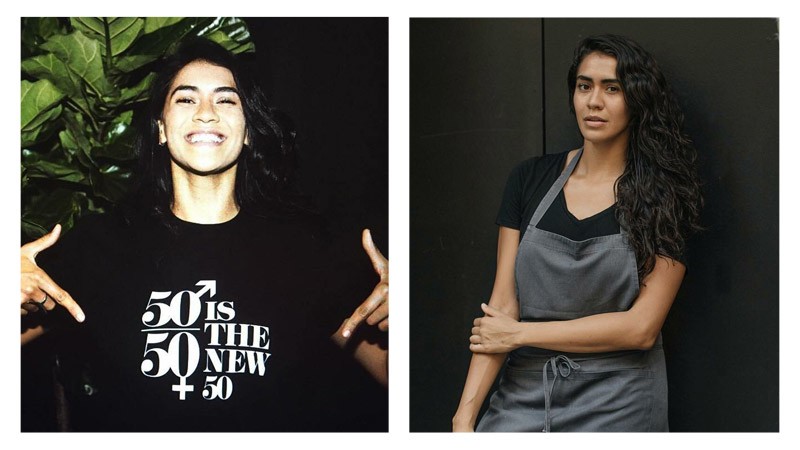 She is Mexican, she is 28 years old and tops the list of The World’s 50 Best Restaurants.

The news is everywhere: the Mexican Daniela Soto-Innes was named the best female chef in the world by The World’s 50 Best Restaurants and is the youngest person to have been granted such recognition. This award is given annually to the chef who has an outstanding career. Here we tell you more about Daniela’s career.

She was born in Mexico City and from her childhood had a close relationship with the kitchens, especially when accompanying her grandmother to a bakery.

At age 12, she moved to Texas, where she studied at Le Cordon Bleu of Culinary Arts, Austin. This allowed her to work in various cuisines in the United States and Europe. In fact, she began her career cleaning strawberries and lettuce at the age of 15 at a Marriott hotel in Houston.

She returned to Mexico to train at Nicos restaurants, Gerardo Vázquez Lugo and Elena Lugo; and in Pujol, by Enrique Olvera, with whom she has strengthened her professional career.

With only 24 years old, Daniela opened Cosme in New York with Enrique. It is fair with this restaurant with which the awards came: a James Beard for the Best Revelation Chef, a StarChefs Rising Stars Award and the most recent: The World’s Best Female Chef 2019.

The duo is still the cradle of great ideas. Right from there came the Atla projects, also in Manhattan; Damian, a restaurant that is planned to open later this year in Los Angeles; and Detroit, a taquería equally planned to open during 2019.

For Daniela, Mexican cuisine cannot be very serious: ” It has to be happiness, spices, and fun

Protect your children from the sun