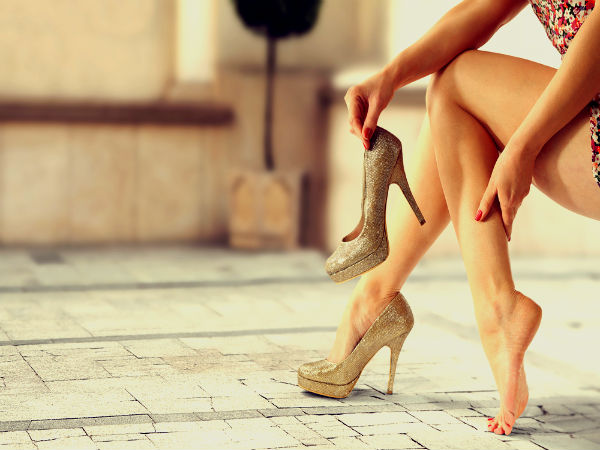 Due to different workcrafts in workplaces for women and men in Japan, Japanese women have started a new campaign about dress codes in the workplace. While the dress code applies to both men and women in the workplace, women are being forced to wear high heels to look attractive in workplaces. With the heavy workload in the office, the Kitu Campan has been started to bring the problems of high heels to the fore.

In this campaign, more than fifteen thousand people have signed support. Like #MeToo Campaign, the #KuToo campaign is now trending on Twitter. Let’s know what are these #KuToo Campaigns and how is it affecting the Japanese women’s health?

Women in Japan must wear high heels in offices. Women are very upset about this. Complaints of heel and foot pain started to increase. He does not feel like working during the office. In view of these problems, 32-year-old actress and model Umi Ishikawa took an initiative. He started the ‘Hashtag Kuttu’ on the lines of ‘Hashtag Meetu’ campaign.

Where has come from ‘hashtag kutu’

In Japanese language, kutsu means shoe. The name of this campaign was ‘Hashtag Kuttu’ by adding two to Katsu’s Koo and Methu. The campaign run in the social media has received support of 15 thousand people in a week. For two months, Umei has continued its campaign on social media. This issue in Japan has now taken the form of movement. Men have also gone in support.

Dress code is mandatory for most companies and employees in public institutions in Japan. Men wear suits and dark colors while women wear high heels with skirts. Umei says that I filed a petition to raise people’s support. I want to end the gender gap. By mobilizing the support of 25 thousand people in this expedition, I want to prove that women should be rigidly endured.

It is very difficult to walk by wearing high heel and making it balance.

– Wearing of high heel sandals keeps the spine afraid of being disturbed.

– Wearing high heel sandals worsens the balance of weight. Because of which all joints and bones have adverse effects.

– The effect of balancing heels is on the spine and back pain becomes an always-ongoing pain.

– Heels increases the pressure on the feet, while the upper part of the body tries to balance. Many times it has to stand in a strange way in the making of this balance. The effect of which falls on your poser.

Open wide eyes, here are the most WTF brides dresses!

What place should be granted to foreplay?

Protect your children from the sun