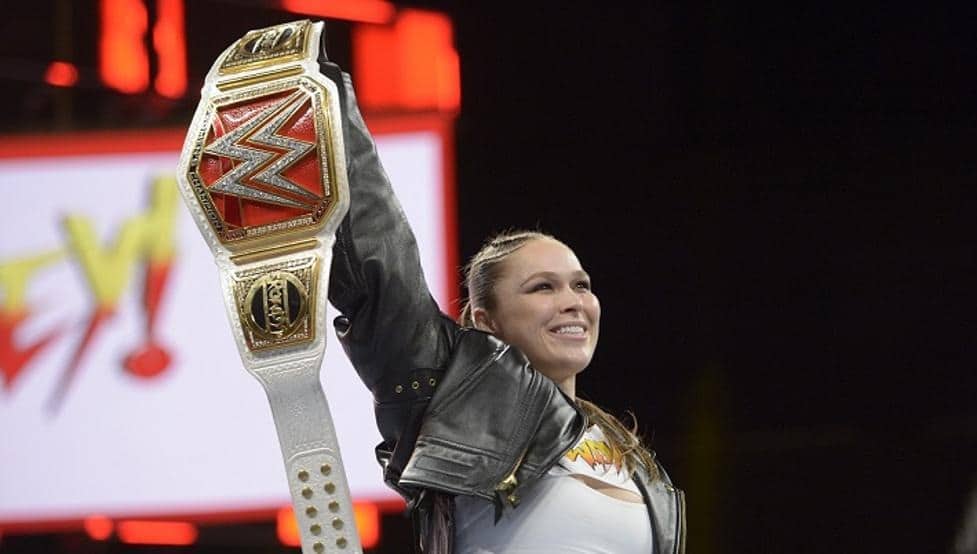 Is Ronda Rousey leaving WWE?- TheWewbFry Journalist published that the fighter Ronda Rousey could leave WWE after Wrestlemania 35, which will be held on April 7, 2019 in New Jersey, to focus on forming a family with her husband Travis Browne. Media like ‘TMZ’ strongly deny this possibility and ensure that Rousey will remain in WWE. On the other hand ‘ProWrestlingSheet’ speaks of a probable “planned rest”.

The specialized media point out that the fighter Ronda Rousey leaving WWE after the fight at Wrestlemania 35 against Becky Lynch to start forming a family.

The arrival of Ronda Rousey to WWE from the UFC was a surprise, but the time of ‘Rowdy’ in the company could come to an end, as pointed out by some specialized media.

Ronda Rousey has a match in the Wrestlemania 35 event against Becky Lynch, where the Raw Women’s Championship belt is at stake, and rumors indicate that she could lose the battle and Ronda Rousey leaving WWE.

The reason, always according to speculation, would be that Ronda Rousey wants to start a family with her husband Travis Browne, something she has not been able to do because of her busy schedule of commitments. We will see if Ronda Rousey puts an end to her career in ‘wrestling’ after Wrestlemania 35, but the American had always said that her adventure would be something punctual.